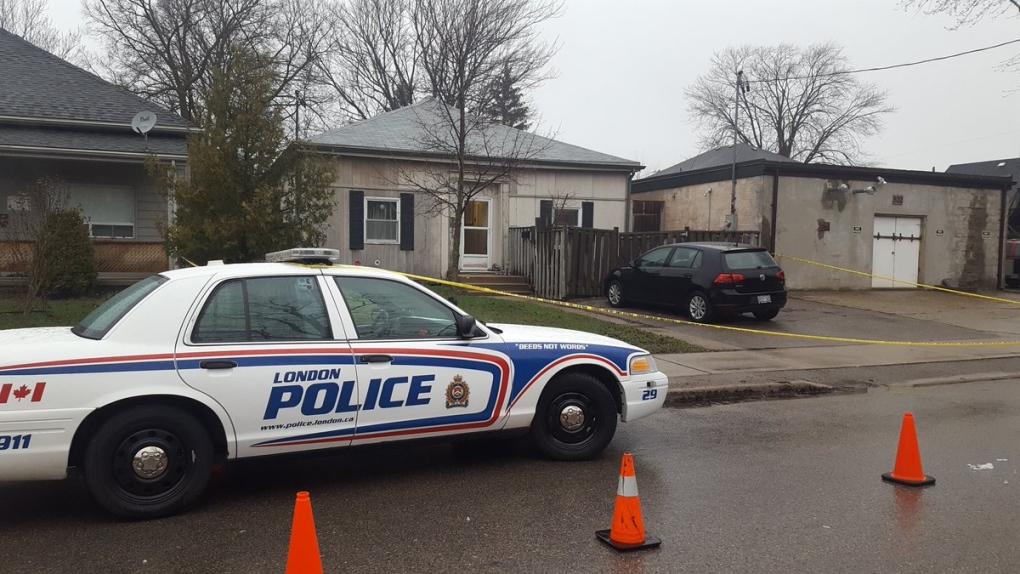 Police guard the scene at 530 Grey Street after a man was stabbed and killed. (Justin Zadorsky / CTV London)

Emergency crews responded to a residence on Grey Street in response to a 911 call reporting a stabbing on Tuesday at about 9:55 p.m.

A male was located with serious injuries.  He was transported to hospital for treatment but was pronounced deceased shortly thereafter.

Police identified the victim as Roy Joseph Gowdy, 44, of London.

Tony Lynn Huff-Williams, 35, of London, has been charged with first-degree murder.

The accused was also charged with aggravated assault in relation to a stabbing that took place at a residence on Simcoe Street on Tuesday at 6:30 pm. A 25-year-old man sustained serious, but not life-threatening injuries in relation to this incident.

The accused appeared in London court on Wednesday in relation to the Simcoe Street incident, during which a publication ban was issued on any evidence presented during the hearing.

The accused is scheduled to re-appear in London court on May 2 in relation to the charges.