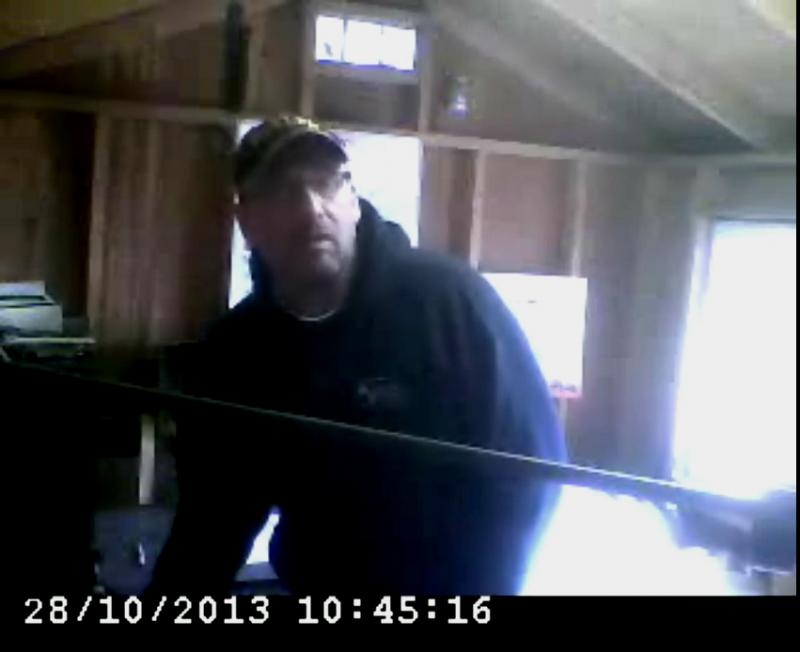 Elgin County OPP released this photo of a suspect wanted after several thefts from an apple stand cash box.

A 52-year-old London man has been charged in connection with a series of thefts from an apple stand on Erin Line in October 2013.

Over the course of four weeks, money was repeatedly stolen from the cash box of an apple stand near Wallacetown in the Municipality of Dutton/Dunwich.

At the time, surveillance footage of the suspect was released, and police say with the help of the public a suspect has been identified and charged.

Paul William Thomas was arrested by London police on Sunday and turned over to the Elgin County OPP.

Thomas was being held pending a bail hearing on Monday.