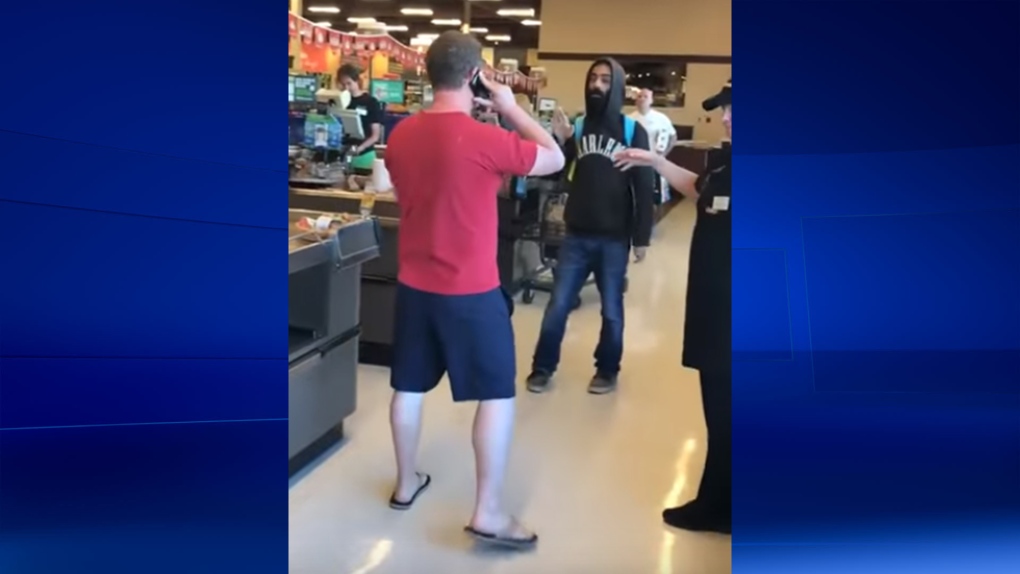 A London man has been charged with several offences after an alleged incident in a north-end grocery store.

Police were called to the Sobey's store on Adelaide Street on July 17 around 7 p.m. to respond to two men arguing.

A video of the interaction was posted to social media and has since been viewed over 2 million times.

At the time, the victim chose not to lay charges and police gave a warning to the suspect.

The video shows a man in a red t-shirt trying to detain a person in a black hoodie and referred him as an “illegal alien.”

“I want to leave, stop assaulting me,” the man in the black hoodie says as the other man is blocking his way out of the store.

But after consulting with the Crown Attorney's Office, charges have been laid against Phillip McLaughlin, 39, of London.

He is charged with assault, forcible confinement and causing a disturbance.