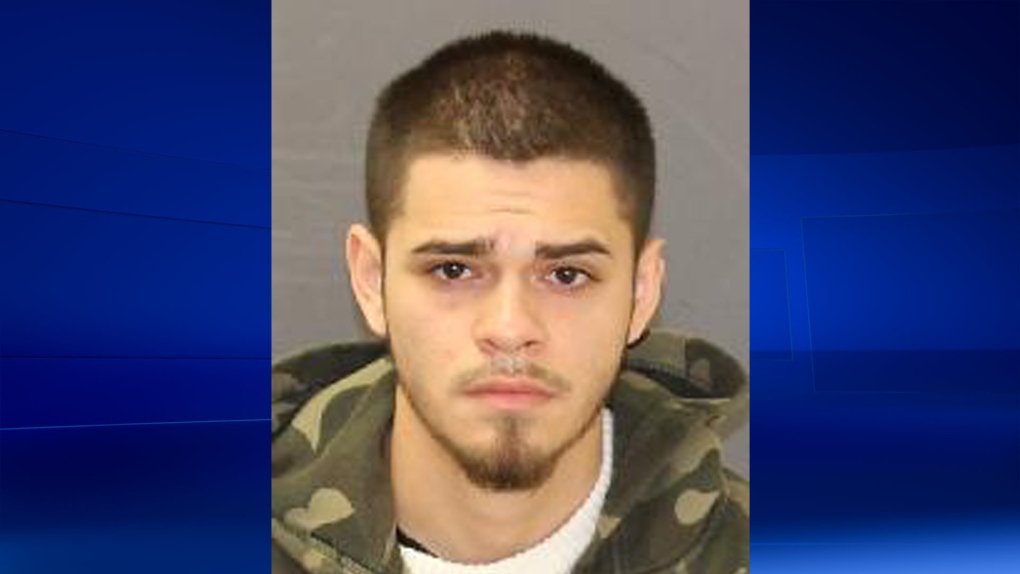 London police are looking for a 21-year-old man in connection to a stabbing in the south end of the city.

Officers were called to 335 Southdale Road West around 2:15 p.m. on Tuesday for a report of a male who had been stabbed.

Upon arrival, police located a man his twenties suffering from multiple stab wounds inside a washroom located off the main lobby of the building.

The victim was transported to London Health Science Centre where his injuries were determined to be serious, but non-life threatening.

The Major Crime Section attended the scene and has taken the lead on this investigation.

As a result of evidence gathered thus far, police are charging Alejandro Esteban Tapia, 21, of London with aggravated assault and weapons dangerous to public peace.

Police say he has not been arrested yet and his whereabouts are currently unknown.  He and the victim were known to each other and this incident was not a random act, but rather an escalation of a dispute between the two of them, according to police.

Tapia is described as male white, 5’6”, 120 lbs, with short brown hair and a goatee. He has  tattoos both on his forearms and hands. He is known to drive a 1999 four door dark green Toyota with Ontario license plate BYXY 777.

Police say he should not be approached by the public if seen.