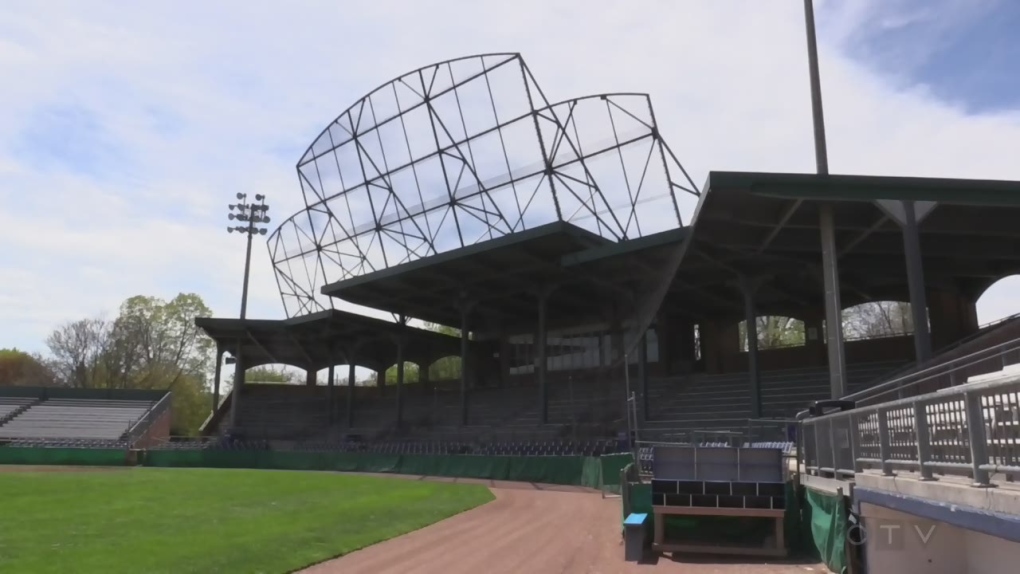 LONDON, ONT. -- The Intercounty Baseball League may have cancelled its season due to COVID-19, but that didn't stop the London Majors from keeping an important streak alive.

On Friday, the Majors hosted an exhibition game against the Guelph Royals in order to maintain Labatt Memorial Park's status as the oldest continuously operating baseball park in North America.

The park, which opened in 1877 as Tecumseh Park, was renamed Labatt Memorial Park in 1936.

In 2009, Guinness World Records recorded it as the oldest baseball diamond.

Acting mayor, Josh Morgan threw out the ceremonial first pitch Friday night while invited socially-distanced fans cheered on the Majors as they beat the Royals 3-0.

With just one game this season, the historic game was affectionately labelled the "Legacy Classic" and it keeps the 144-year streak alive.