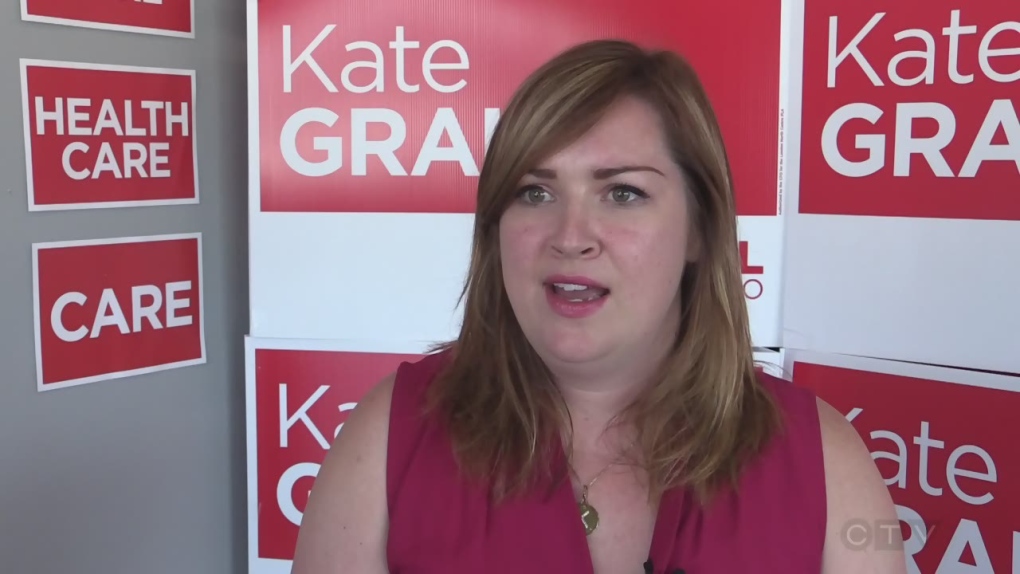 TORONTO -- The line-up of candidates vying for Ontario's Liberal leadership is set, kicking-off the race to head up the party ahead of a March convention.

Ontario Liberal Party President Brian Johns said Ontarians deserve a strong voice in the provincial legislature and the candidates are "ready to carry that torch".

"These candidates have dedicated themselves to delivering strong community leadership and have shown a deep commitment to the people of this province," he said in a statement.

The Ontario Liberal party suffered the worst defeat in its history in 2018, losing official party status and prompting former premier and leader Kathleen Wynne to resign.

The party also finds itself deep in the red after taking on $10 million in debt to help fund their election campaign. Earlier this year, the Liberals reported $9.3 million of that amount had yet to be paid off.

Candidates needed to pay $100,000 entry fee, only a quarter of which is refundable, to take part in the race.

Liberal legislator John Fraser, who has been acting as the party's interim leader, said Monday the race is starting to take shape.

"I'm happy with the candidates that we have and the people who have shown interest," he said. "There's a lot of hard work and I'm convinced that the people who put their names forward know that. That gives me great confidence in our leadership race."

On Thursday, the contenders will square off in the first candidate showcase, with six other leadership debates scheduled in the coming month.

Fraser said whomever is chosen to take the reigns of the party in March will have to continue the difficult work of rebuilding the party's grassroots and fundraising.

"It's kind of like, we've run into a bit of trouble and the family has to come back together and we've got to start working on this problem," he said. "We've been doing that for maybe a year and a half now. That work is going to have to continue."

Last summer, the party voted to stick with the status quo for selecting their next leader, although the vote was close and various contenders for the top job pledged they would heed a call for modernization.

Members debated a proposal at their annual convention in June to use a one-member, one-vote system. It needed two-thirds support to pass, but only garnered 57 per cent of the votes, so the party will stick with a delegated convention in March 7.

Delegated conventions are large, dramatic affairs, but they have fallen out of favour with most other political parties, including the federal Liberals.