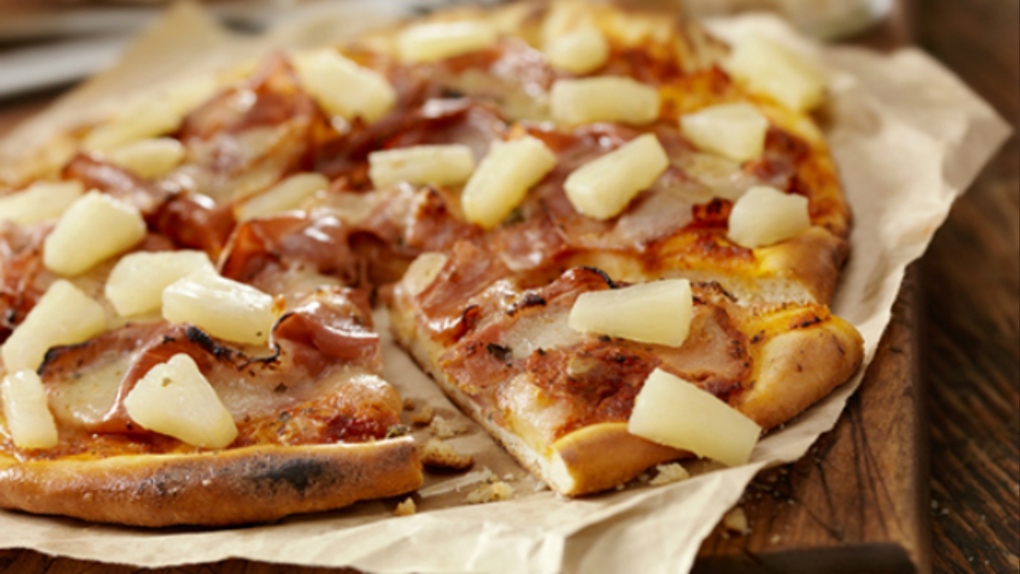 Hawaiian pizza is seen in this stock photo. (LauriPatterson / Istock.com)

The Greek immigrant who created one of the world's most popular and controversial pizzas -- Hawaiian pizza -- in his restaurant in Canada more than 50 years ago, has died in London.

Sam Panopoulos -- who earned a place in history by putting canned pineapple and ham on a pizza at his Satellite Restaurant in Chatham in 1962 -- was 83 and had just celebrated his 50th wedding anniversary with his wife Christina.

He died suddenly at University Hospital on Thursday.

Panopoulos had operated a string of successful restaurants with his brothers Elias and Nikitas when he came up with his famous invention.

Created just for fun, the so-called Hawaiian soon spread around the world.

Saying he was fundamentally opposed to pineapple on pizza, Johannesson declared that it should be banned.

After a public uproar, he clarified that he gladly does not have "the power to make laws which forbid people to put pineapple on their pizza."

Defending his creation, Panopoulos told the public broadcaster CBC that "those days when I first came up with it, there was nothing to it... It was just another piece of bread cooking in the oven."

"Nobody liked it at first," he said. "But after that, they went crazy about it, because (in) those days nobody was mixing sweet and sour and all that. It was plain, plain food."

Others soon began experimenting, Panopoulos said, going beyond the traditional pepperoni, bacon and mushroom toppings to include salmon, green peppers, onions or "whatever you wanted."