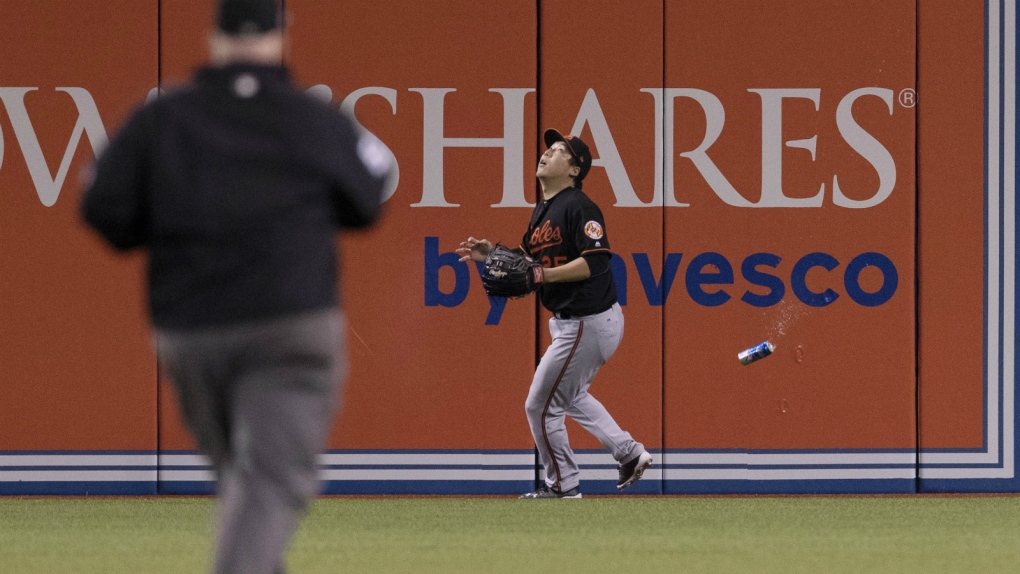 Baltimore Orioles' Hyun Soo Kim gets under a fly ball as a beer can sails past him during seventh inning American League wild-card game action against the Toronto Blue Jays in Toronto on Tuesday, Oct. 4, 2016. (Mark Blinch / THE CANADIAN PRESS)

A London Internet and telephone provider is extending an olive branch to the Orioles following Tuesday's ugly incident during the AL Wild Card game.

Over 4200 Facebook users "liked" the post, shared almost 5550 times among individuals and more than 200 comments were made.

Tuesday's incident -- which triggered a frenzy online and in the stands -- saw the can narrowly miss Orioles outfielder Hyun Soo Kim as he made a catch during the seventh inning.

In the confusion that followed, fellow Orioles outfielder Adam Jones said he was taunted with racial slurs.

Wednesday night, Toronto Police released a photo of a person suspected of throwing the beer.

Investigators will reportedly question Pagan at some point Thursday after meeting with his lawyer.

Although no charges have been laid at this point.