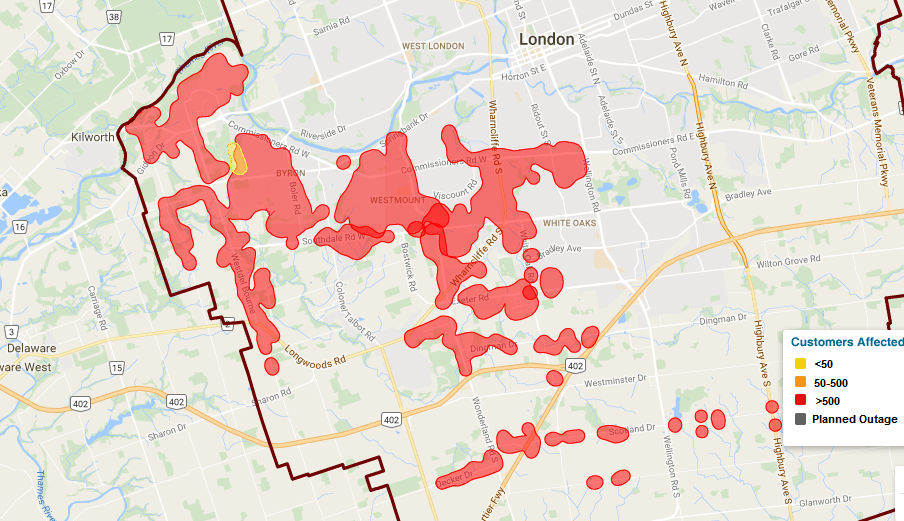 Thousands of people were suddenly without power this morning  in the city's west and southwest neighbourhoods.

London Hydro ays they lost a feed from Hydro One that helps supply power to those areas of the City.

The feed as been restored and officials don't anticipate any further problems.

The outage though short lived was long enough to cause several traffic issues through the affected areas as traffic lights were out.