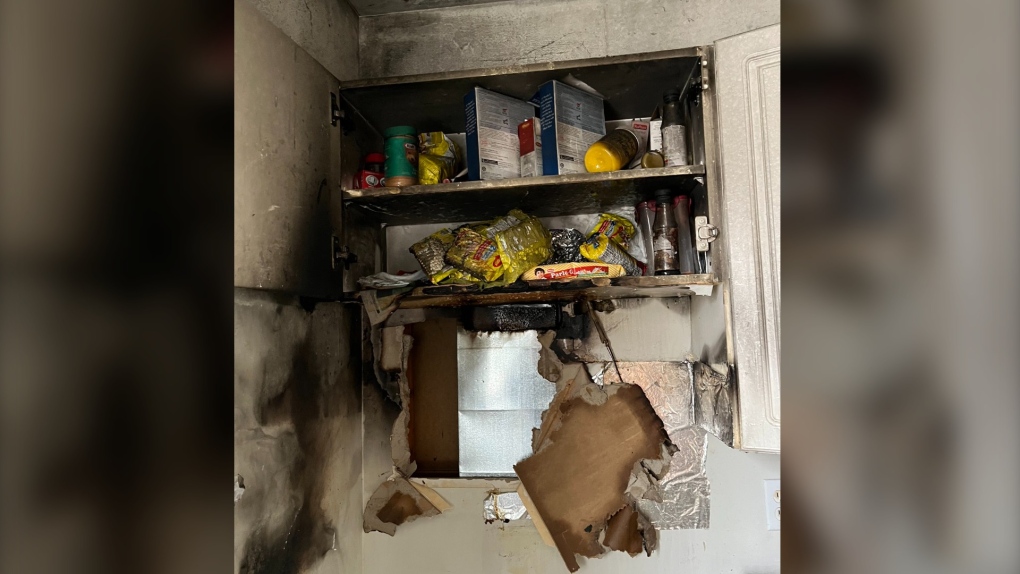 London fire crews tackled a kitchen fire in London, Ont. on Dec.5, 2022 that cause an estimated $50,000 in damages. (Source: London Fire Department/Twitter)

London fire crews were kept busy on Monday after responding to two separate kitchen fires in the city, and they’re warning the public to never leave cooking food unattended.

According to a tweet from the London Fire Department, emergency crews responded to the 300 block of Fleming Drive on Monday for a report of a kitchen fire.

No injuries were reported, but damages are estimated at $50,000.

Later that afternoon, fire crews attended the scene of another kitchen fire located on Wonderland Road.

London fire said smoke alarms alerted neighbours to the blaze, who then called 9-1-1.

Upon arrival, crews found light smoke, a dog and no residents at home.

London fire crews remind the public that “cooking fires are preventable” and “don’t get burned.”

Incident final update: the LFD reminds you to always look while you cook. #unattendedcooking #ldnont pic.twitter.com/I8suFG4Ght

YouTube superstar MrBeast is making the world clearer -- for at least 1,000 people. The content creator's latest stunt is paying for cataract removal for 1,000 people who were blind or near-blind but could not afford the surgery.

Actor Annie Wersching, best known for playing FBI agent Renee Walker in the series '24' and providing the voice for Tess in the video game 'The Last of Us' has died. She was 45.

On a bleak, windswept hillside in northeast Ukraine, three young boys recently discovered a cell phone signal, something difficult to find in their region since Russia invaded their country. and they've set up a makeshift school around the signal.

A Russian teenager must wear an ankle bracelet while she is under house arrest after she was charged over social media posts that authorities say discredit the Russian army and justify terrorism.

An emotional ceremony took place today marking the sixth anniversary of the Quebec City mosque shooting, held for the first time in the same room where many of the victims were killed. Six men died that night: Mamadou Tanou Barry, Ibrahima Barry, Khaled Belkacemi, Abdelkrim Hassane, Azzeddine Soufiane and Aboubaker Thabti were gunned down not long after evening prayers at the suburban Quebec City mosque.