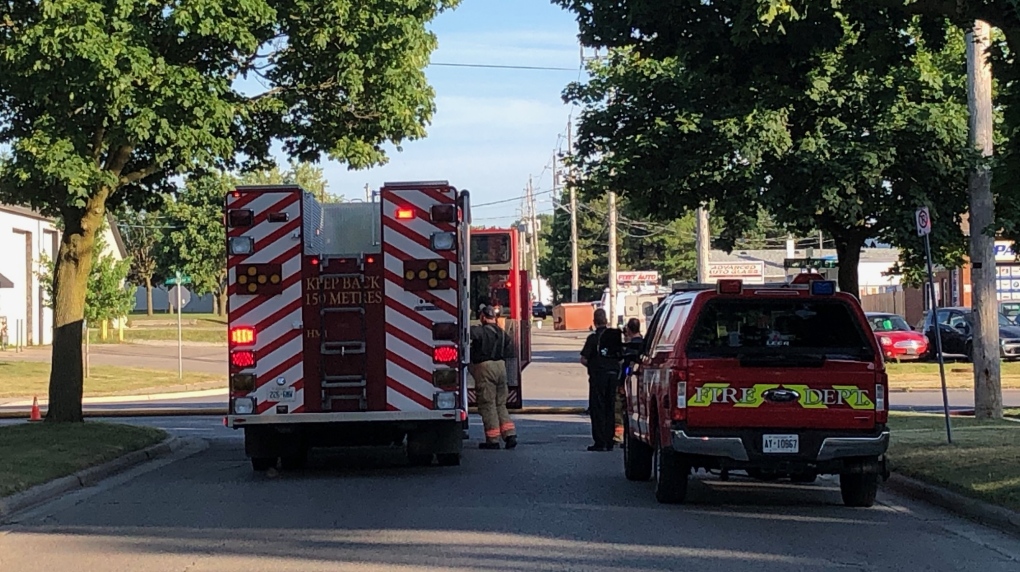 The London Fire Department told CTV News they were called to Hi-Tech-Auto Care shop, located at the corner of Trafalgar St. and Atkinson Blvd. with reports of a loud sound, similar to a propane tank blast.

Upon arrival, fire crew noticed gas venting from the east side of the building, determining the gas leak was caused by the heat wave.

"Heat built up pressure in the cylinders and the cylinders are designed to vent when the pressure builds in them and that is what has occurred here. It’s kind of a scary point for the public if you will when they hear this and wonder what the sound is. It did sound like some reported an explosion like sound, but it was just the pressure venting," said Shawn Fitzgerald, Platoon Chief with the London Fire Department.

Although no one was in the business at the time, the key holders arrived quickly to show to give access the tanks and shut them down.

The area was closed off to traffic for nearly an hour, as fire crews remained on scene to monitor the air for levels of natural gas.

No injuries were reported, and the store did not sustain any damage.

Active incident final update: our crews are clearing the scene of the gas leak. The gas system has been shut off at the business. Trafalgar St., has reopened to traffic. Thanks to all our partners @enbridgegas @TSSAOntario @lpsmediaoffice @MLPS911 @CityofLdnOnt #ldnont pic.twitter.com/oFq4a2QBMV