London family rescued from bottom of Chedoke Falls in Hamilton 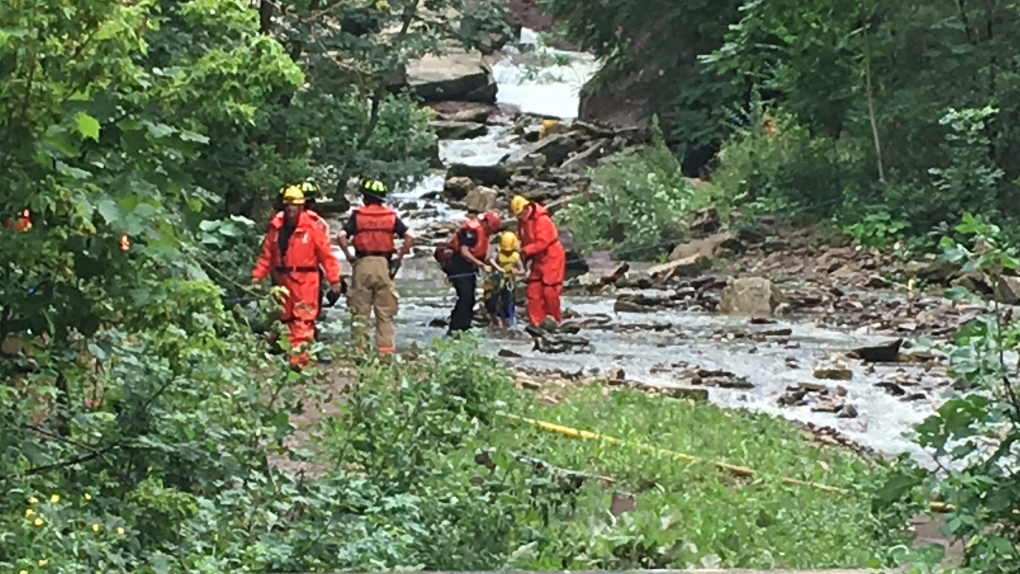 A family of five from London had to be rescued in Hamilton following a heavy downpour of rain.

Emergency crews were called to the bottom of Chedoke Falls around 1:30 p.m. on Monday.

Hamilton police say the two parents and three children ventured down to the bottom of the falls when the water level was low, but after a heavy dumping of rain, they wound up trapped on a rock when water levels rose.

The family was checked out by paramedics and released.