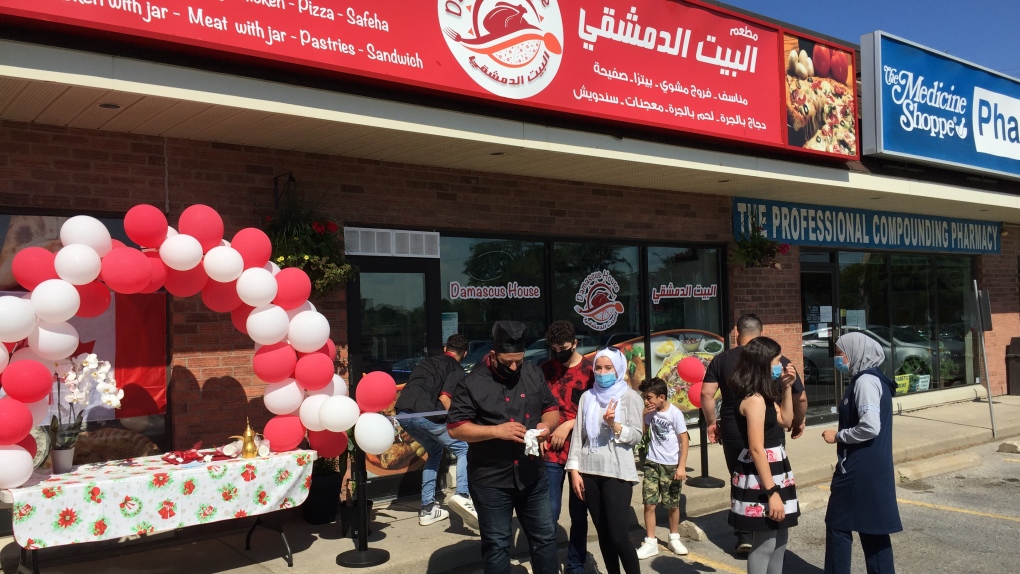 LONDON, ONT. -- Shortly after opening its doors in July, fire ripped through the Damascus House restaurant at Commissioners Road West and Andover Drive in London.

The restaurant was operated by Syrian refugees who fled the war back home, coming to London about four years ago.

The restaurant has only been open for a few days before the fire forced it to close.

However, after thousands of dollars in renovations and repairs have been completed, funded in part by donations, they are back in business.

During COVID-19, they are following protocols and offering takeout service only from their Middle Eastern menu.

"We are happy now," says Zainab Alkharraz, who is pleased to be back at work. "It was very difficult for us to open again and fix all that happened in the fire, but we are now ready."