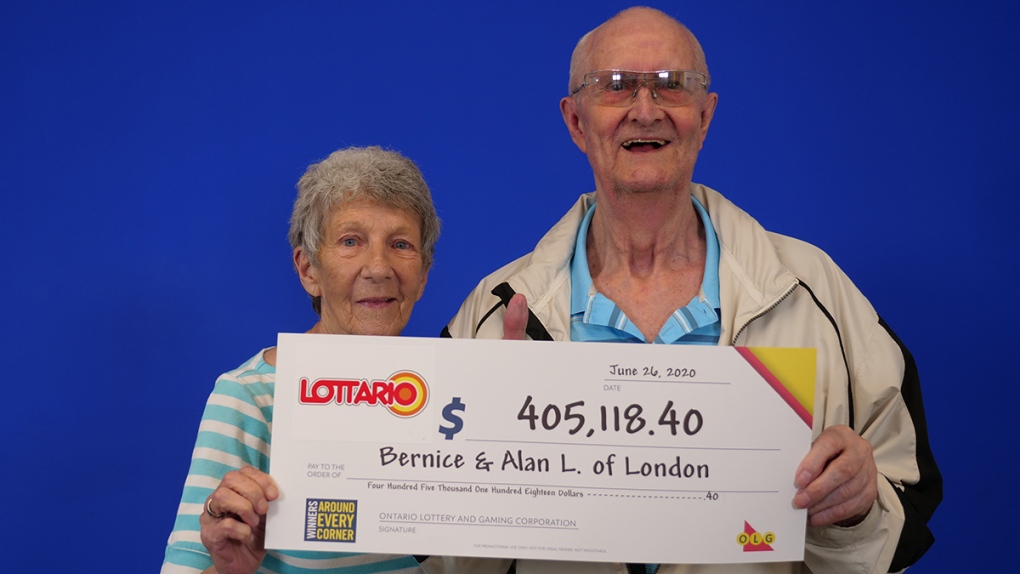 Bernice and Alan Lynn of London, Ont. pick up their Lottario winnings at the OLG offices in Toronto, Ont.

MIDDLESEX CENTRE, ONT. -- A London couple is $405,118.40 richer after hitting the jackpot with the June 6 Lottario draw.

Bernice and Alan Lynn, who play regularly, matched all six numbers to take the top prize.

The Lynns have three children, nine grandchildren and seven great-grandchildren - and said they often use family birthdays to choose their numbers.

Bernice, a retired preschool teacher, told OLG representatives she learned they had won when she checked the ticket at a local pharmacy.

When she got home she told her husband to sit down before she told him about the ticket.

“She handed me the ticket and I was dumbfounded,” Alan, a retired Labatt worker, added.

The couple says they have accepted the win is real, but are overwhelmed and plan to take some time to make the right decisions about what to do with the winnings.

Whatever they decided, they say they plan to keep playing.

The winning ticket was purchased at Quik Stop Variety on Colborne Street in London.