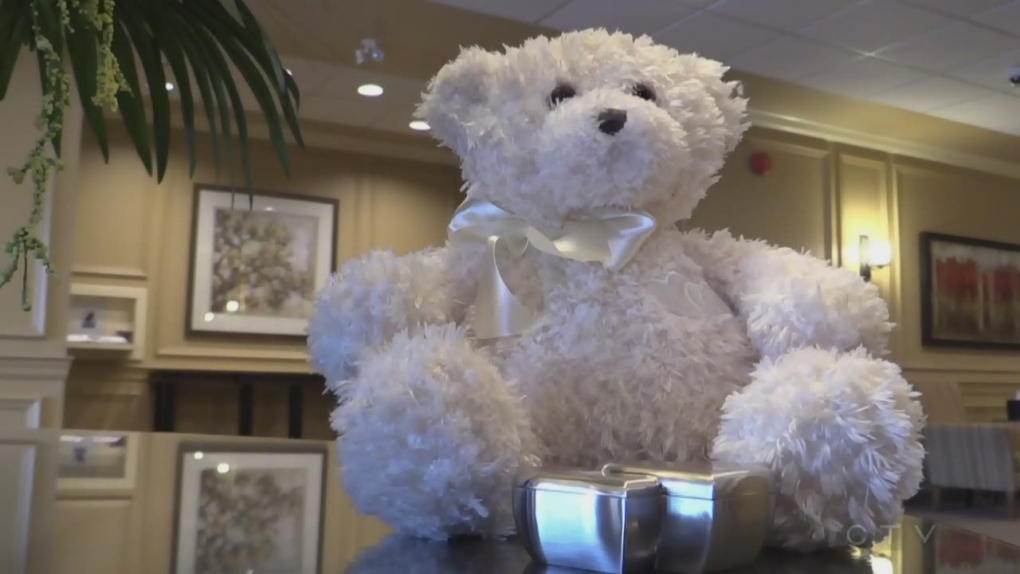 It’s a happy ending for a story brought to you by CTV London about a couple who had the ashes of their deceased child stolen.

London Police say that the teddy bear that had the urn inside was found in a park and returned to the couple.

The teddy bear was stolen from the couple when their back pack was stolen. The pair has come upon hard times since the death of their son and are currently homeless.

CTV News has received several tips about the Teddy Bear and offers of help; however police say that it was found by a woman who wishes to remain anonymous.

The bear was found on a path between London Christian Elementary and St. Roberts School.

The contents of the backpack were thrown around the path and with them was the bear.