LONDON, ONT. -- The province made a Monday afternoon announcement that Middlesex-London would enter back into the red-control-zone by Tuesday at midnight.

The announcement did not give business owners in the region much notice, that they would be facing tighter restrictions or closing down all together in hours time.

The co-owner of Hyland Cinema, Moira Adlan, said she was looking forward to the Easter long-weekend to make some revenue, but in the red-control-zone, indoor movie cinemas have to shutdown.

“Initially when it was everybody, I could understand we are all in this together, but when it's just us (cinemas) separated out, I'm not too sure the logic behind it.”

Many business like retail and restaurants are allowed to remain open with restrictions under red, but cinemas owners are given once choice, and that's to close their doors.

“We’re being unjustly treated because we have 400 seats and 50 people is only 12 per cent capacity. We feel with big high ceilings, all the masking regulations and cleaning activities that we should be allowed to stay open with conditions… it’s frustrating that we cant earn a living.”

Adlan says the Hyland outdoor movie drive-in will now operate throughout the weekend and summer.

While business are trying to get by, Londoners are blaming the province’s vaccine rollout plan the bump back to red.

‘I think it's all the provinces fault, I think London for the most part has followed all the rules, but have been left behind in the vaccine area,” said London resident, Bill Walsh. 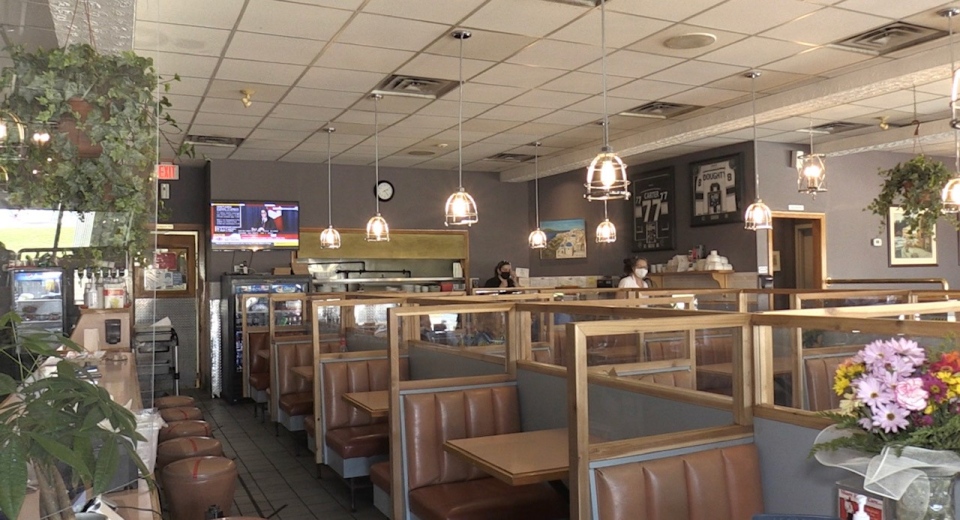 Under red, restaurant capacity goes from 100 people to 50 people (or 50 per cent of dining area, whichever is lower).

The owner of Richies Family Restaurant, Gus Economopoulos, says he is prepared better this time around.

“Spring is coming, we are going to have people in the patio and the thing is that right now, we are in much better shape than the first time we we’re in lockdown. We know what to do, our customers know what to do, so it's helping us a lot and with the programs the government has we can get by.”