LONDON, ONT. -- The provincial lockdown is set for Boxing Day, but London, Ont. officials say it should begin now.

"It is crucial that we live as if we are in lockdown from here on in," says Dr. Alex Summers, associate medical officer of health with the Middlesex-London Health Unit (MLHU).

Summers' comments come after a record-setting weekend for cases in the London region with 87 cases announced Saturday, a new high for the MLHU.

Nine people have died from the virus over the past three days.

"The case counts highlight that COVID is rampant in our community," says Summers.

The lockdown was originally rumoured to go into effect Dec. 24, but Ontario Premier Doug Ford now says it will be pushed back two days.

However that isn't a free pass to hold a Christmas Day gathering.

"Nothing replaces issues around house and home gatherings," says Ed Holder, London's mayor. "I've had so many people tell me privately, it doesn't matter what you do or the premier does, we are getting together."

Holder understands that people are tired and weary of restrictions, but stresses that it is important not to get together this week.

"The greatest gift we can give this Christmas is health, and the way we do that is by confining and limiting our gatherings," Holder says.

The announcement of the lockdown comes on the same day the first doses of the vaccine arrived in London.

"We are still hoping to be delivering the first doses by Christmas Eve," says Dukelow. "We are still optimistic that might happen."

"The administration is imminent. The (Western Fair) Agriplex facility is ready for operationalization. We will share more information with the public and media when we have it locked and ready to go." 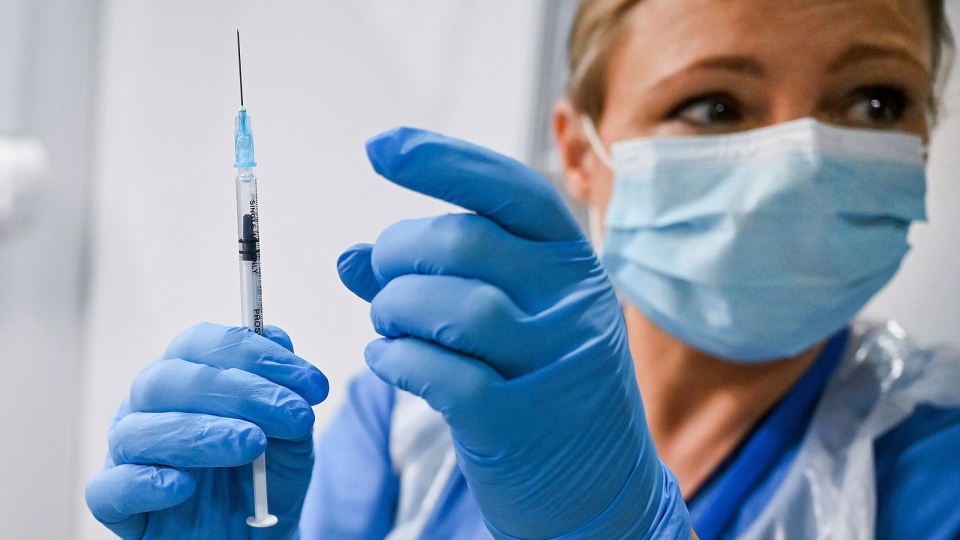 "Thanks to great work by teams in our region we are at reasonable capacity with ICU sitting at 74 per cent at Victoria campus and 82 per cent at University Hospital," says Dukelow.

"It is concerning modelling however, hence the messaging concerning gatherings over the next few days."

And for those who are thinking about getting together once the lockdown begins, the MLHU, City of London and County of Middlesex will be watching.

A ticket was issued in London for violating the Reopening Ontario Act this weekend when officers found 11 people in a home, six more than permitted under provincial regulations.

"However it is hard to regulate at someone's home," Summers admits. "In those instances we do rely on collective efforts to do our part. We will continue to have enforcement activities through our region as we continue to regulate and enforce ourselves as well."