Locally-made, mitten-clad tea cozy may be coziest Bernie yet 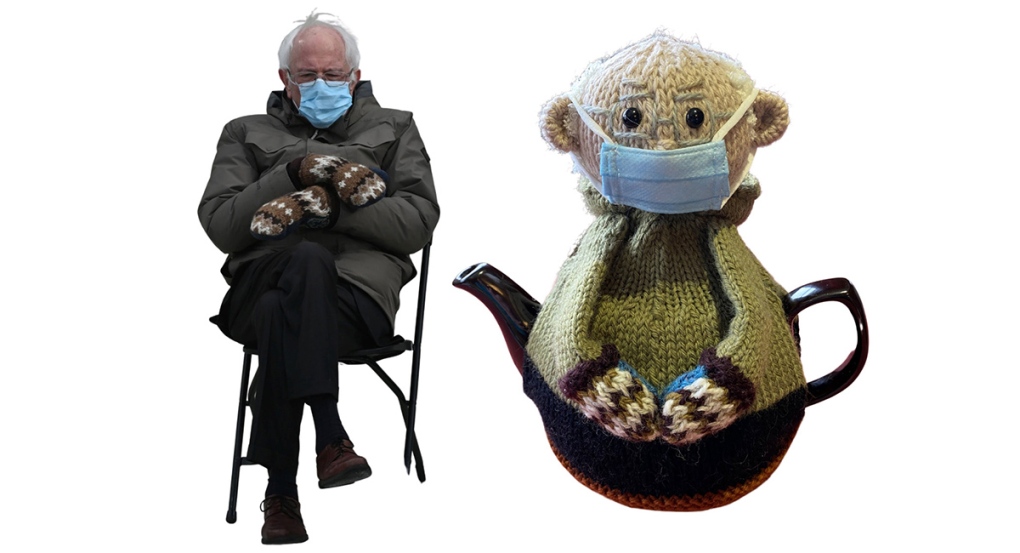 The Bernie in mittens meme and the one-of-a-kind tea cozy it inspired. (Source: beTeas)

MIDDLESEX CENTRE, ONT. -- The mittens that started the meme were likely very warm, but the tea cozy they inspired could be even warmer.

An image of U.S. Sen. Bernie Sanders wearing a pair of recycled wool mittens to the U.S. inauguration started a flurry of online memes, and inspired a crocheted doll that had Mara Scomparin's inbox filling up with photos.

Scomparin, who usually makes and sells sock monkey tea cozies to raise funds for the Fauna Foundation, decided to take on the challenge of turning it into a tea cozy.

That's 10 hours over about three days, with one re-do of the mittens after they turned out to be a little too small for the one-of-a-kind cozy. She even used the fabric and straps from a real mask to make the miniature version. 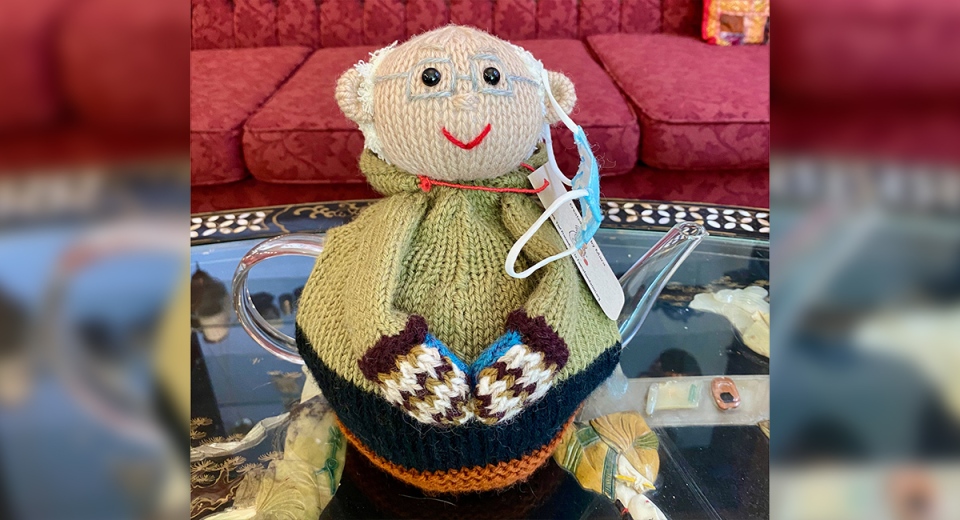 The one-of-a-kind Bernie tea cozy made by Mara Scomparin is seen with his mask off. (Source: beTeas)

Michelle Pierce Hamilton is the founder and owner of beTeas and The Tea Lounge in London, where Scomparin's cozies are sold. Together they decided a draw would help raise more money for a good cause and give more people a chance at the creation.

"This is just a fun community effort to see if we can do some good and provide some fun during COVID as well. We're locked down, it's quite miserable for people, it's winter, it's cold, but people are having a lot fun with the Bernie memes," Pierce Hamilton says.

Tickets to enter the draw for the cozy are available on the beTeas website. Entries will close Feb. 13 and the draw will be held Feb. 14 if you want to win it for a sweetheart.

All proceeds go to the Fauna Foundation, a sanctuary primarily for chimpanzees used in biomedical research, although they house other animals. Based in Quebec, it is Canada's only chimpanzee sanctuary.

"I've always loved my chimps, ever since I was a little Jane Goodall fanatic," Scomparin says. "And it's just a beautiful place. Chimps live to be over 50 years old, they live a long life, and they're usually used when they're babies…and then they just kind of get left by the wayside."

And whoever wins the draw will be getting an art piece that no one else will ever be able to find.

This Cozy Bernie Cozy is too cute! If you win him, you will be the ONLY ONE to ever own it as Mara will not make...