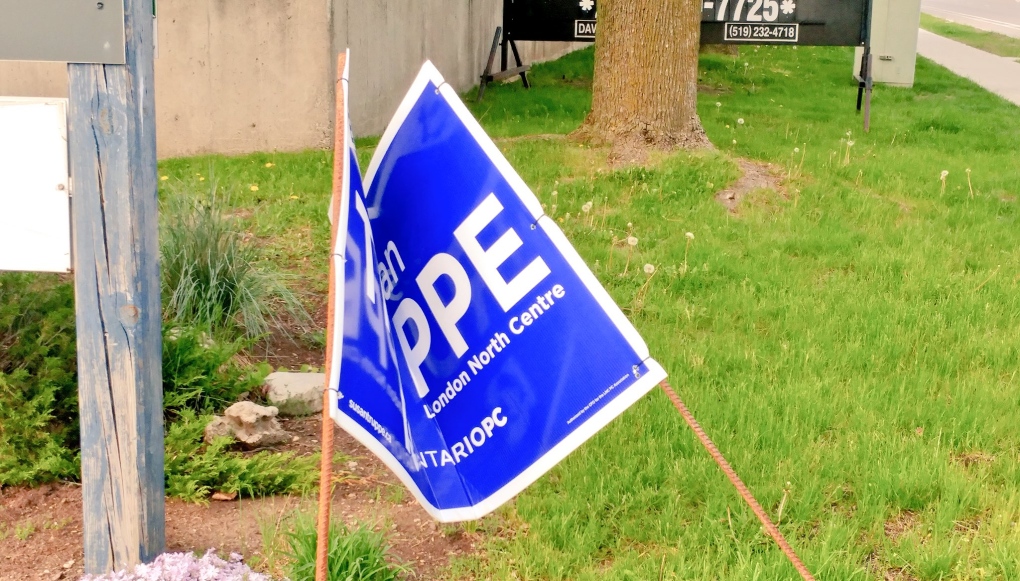 London North Centre PC candidate Susan Truppe had some of her signs damaged over the weekend. (Susan Truppe / Twitter)

The Ontario Progressive Conservative candidate for London North Centre is decrying the damage to some of her election signs in northeast London.

"Saddened to see this happen in our community," Susan Truppe wrote on Twitter.

"Signs are paid for by donors, middle-class families & seniors who chip in $5’s & $10’s to help out. Volunteers spend hrs of hard work putting signs up. Vandalism won’t stop me or my team."

It was in the area of Fanshawe Park Road E. and Trossacks Avenue where the damaged signs were found bent and broken.

"It's disappointing. Volunteers put in a lot of time to put them up," he said. "Other campaign signs were fine."

Truppe was elected federally for the London North Centre riding in 2011 and served one term. She was defeated in the last election by Liberal Peter Fragiskatos.

Colosimo said some of Truppe's signs were damaged during her federal campaign as well.

"Now it happened again and she didn't want to sit by and let people get away with it," he said.