LONDON, ONT. -- With the lockdown lifted, it didn't take long for Canada's long drive golf champion to get back into the 'swing of things.'

"I'm a little rusty, but it’s fun to get out with a couple friends and get out of the house," says Elliot Slater, who was hitting balls at a virtual simulator in Komoka, Ont. on Wednesday.

Slater is from Mississauga, but came to Golfers Hideaway east of London now that the facility has reopened.

"It's almost booked solid two weeks in advance so it's a complete zoo," says Ken Kelly, the owner of the indoor facility which has six different bays.

"We have people waiting outside the door when we get here and you can tell the anticipation in the those wanting to get in."

The relatively new business was shut down during their 'primetime' last year, and have suffered again. However they are thrilled to be able to open the doors.

Clients are itching to not only swing a club, but get ready for spring.

"We all just want a little more normality," says Chad McMillan. "People are pining to get out and do something. We are ready to get things going by hitting balls and getting ready for the spring."

It's not just golfers who are ready to improve both their physical and mental health.

Other recreational sports have also resumed. 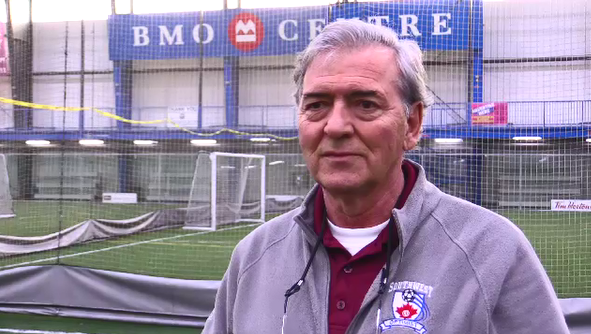 At BMO Centre, the doors are open again for the first time since late December.

"When you see them come in, and see their smile, they've been out of hibernation for a while," says Tom Partalas, president of the London Optimist Sports Centre. "I had hoped we would be in the orange but we are in the red,"

Partalas says the facility is hoping to break even despite the hard times.

"This is what this place was built for,” he says. "The clients and stakeholders are the kids and having them back makes everything worthwhile."

The indoor soccer facility will be packed seven days a week now, with London TFC soccer taking up many of the 'pods.'

"Coming back we want to make sure health and safety is first and foremost," says Dave DeBenedictis, general manager of London TFC.

"We can have nine players plus a coach in each pod. Right now there is no contact, and we have to maintain six feet apart. Getting on the field is most important and then trying to keep them engaged with non-contact and creative ways." 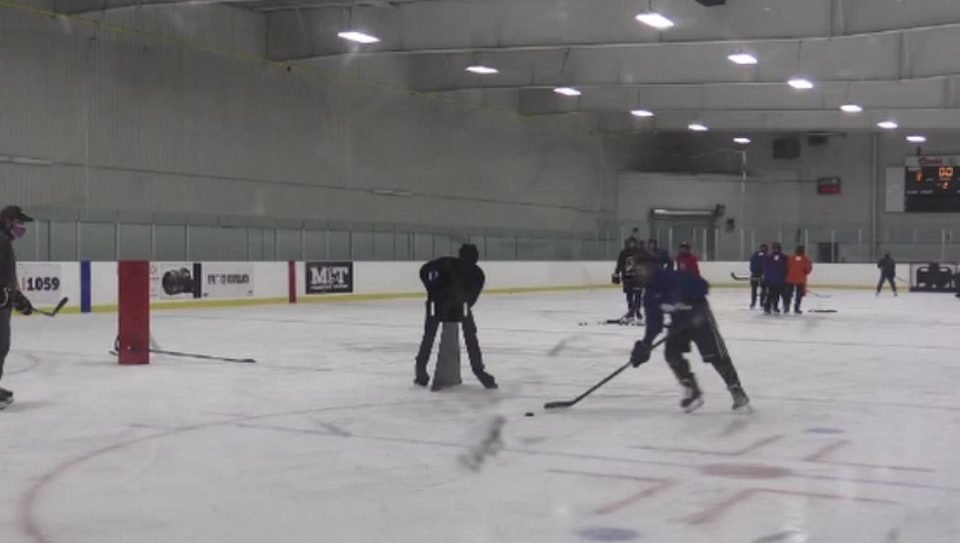 Less than a kilometre away at Western Fair Sports Centre, hockey has resumed.

Some local hockey organizations will start back up, while others have shut down for the season.

"It was awesome to see how excited the guys and girls were to get back on the ice," says Dwayne Blais, owner of TPH.

"The kids were pumped they were to get their gear back on and hang out with buddies on ice. If we can keep our numbers down, and even if we are stuck to 10 on the ice, we'll do that as long as we have to but getting a schedule back has been nice for sure. "