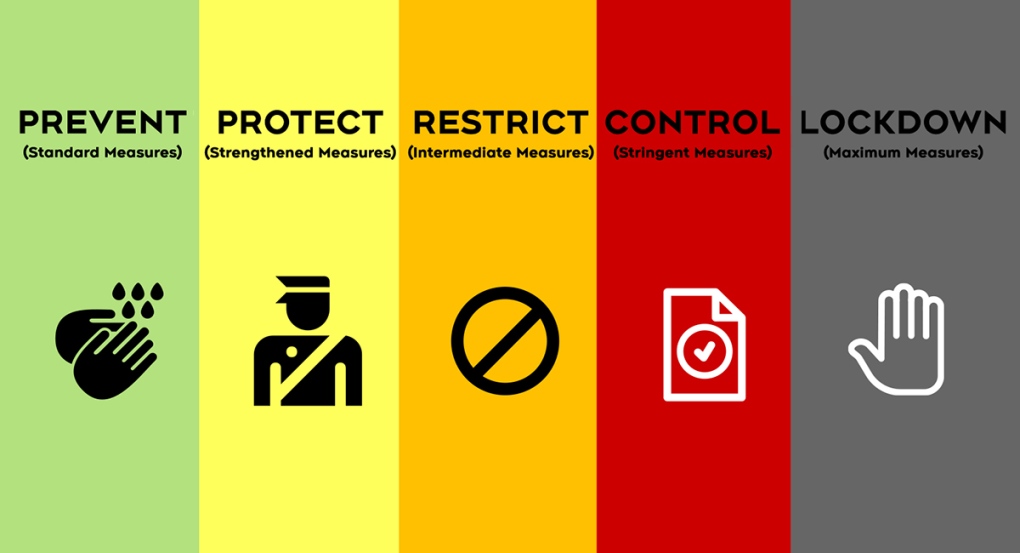 The province also kept neighbouring regions at their existing level of restrictions under the COVID-19 response framework, with the exception of Haldimand-Norfolk, which moves from yellow-protect to orange-restrict.

Here is where each region in southwestern Ontario will sit in the framework as of Monday:

There had been concerns that Elgin-Oxford would move back to red due to rising case numbers related to an outbreak at the Ontario Police College in Aylmer, Ont.

Since Feb. 22 there have been 94 cases at the college, and all in-person classes were put on pause for 14 days at the beginning of March.

The province also moved to allow some reopening in Toronto and Peel Region by lifting the stay-at-home order and moving them into the grey-lockdown zone.

There are ongoing outbreaks at four seniors' facilities in the region, and at the Essex Hall residence at Western University.

A new outbreak was also declared at St. Mark Catholic School while a new case was reported at Bonaventure Meadows Public School.

Here are the most recently available numbers from local public health authorities:

Across Ontario, more than 1,200 new infections were reported Friday, a spike from Thursday's total of 994 cases.