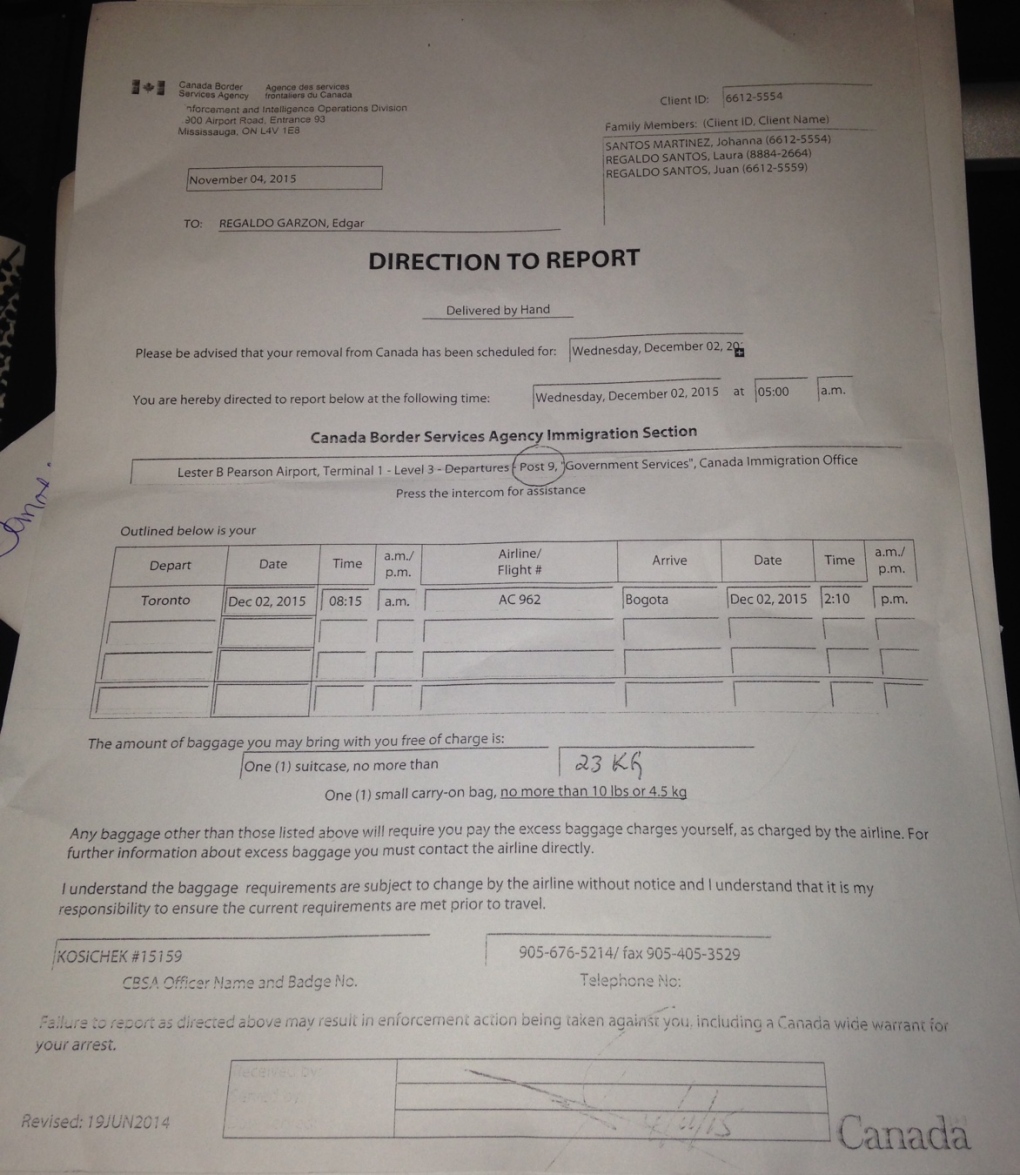 A deportation order for a member of the Regalado family is seen in London, Ont. on Thursday, Nov. 12, 2015. (Reta Ismail / CTV London)

A local Liberal MP is asking Canada's immigration minister to take a look at the file of a London family, facing deportation to Colombia.

London West MP Kate Young met with the Regalado family on the weekend to talk about their case.

The family is appealing to the public for support as they face deportation after being denied refugee status in Canada.

The family has received notice from the Canada Border Services Agency - a "Direction to Report" - a deportation letter indicating the date and time of their flight back to Colombia.

So unless their last ditch attempt to stay in this country is successful, the family of four is heading back to Bogota in less than three weeks on Dec. 2nd.

"We are going to look over the file and see if there's anything they have missed over the course of the last two years," said Young.

"But they have been trying a lot of different avenues. So I can't say there will be a positive outcome to this. I'm not sure at this point."