Local church to hold service in support of gay marriage 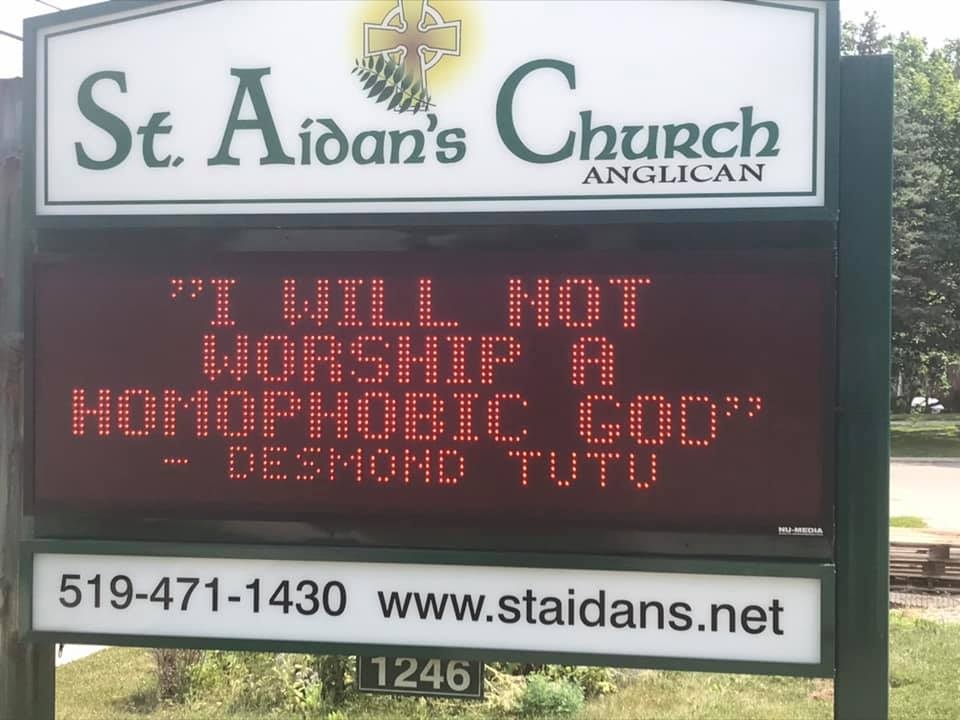 A sign at St. Aidan's Church is in response to the Anglican Church of Canada defeating a motion to amend its marriage canon to allow gay marriage. (Facebook / @staidan'schurchlondon)

St. Aidan’s Anglican Church in London will have a rainbow hue Sunday morning as the church is asking everyone to wear Pride colours to its service after the Anglican Church of Canada defeated a motion Friday that would have allowed gay marriage in the Church.

“I am embarrassed…by my institution’s inability to get this right,” Rev. Kevin George of St. Aidan’s tells CTV News. "We're listening to voices of bigotry and hatred."

The Anglican Church’s General Synod is being held in Vancouver. It was there that the motion to make a marriage canon amendment to allow gay marriage was defeated by one vote, George says.

To change doctrine, a motion needs to pass at two consecutive synods, held every three years. The change to the marriage canon passed three years ago.

George hopes the public is aware that many in the Church don't hold these views. "I want the London community to know we've long moved passed this issue."

George says 80 per cent of Anglicans voted in favour of the change. "We have a governance model that is broken and some antiquated bishops."

He says as a sign of solidarity with the LGBTQ2S community, he is asking church attendees to wear multiple colours to the service, which begins at 10:30 a.m.

In a Tweet, he says this will be done “in defiance of a broken model of church governance.”

A sign at the church has a quote from Desmond Tutu saying: “I will not worship a homophobic God.”