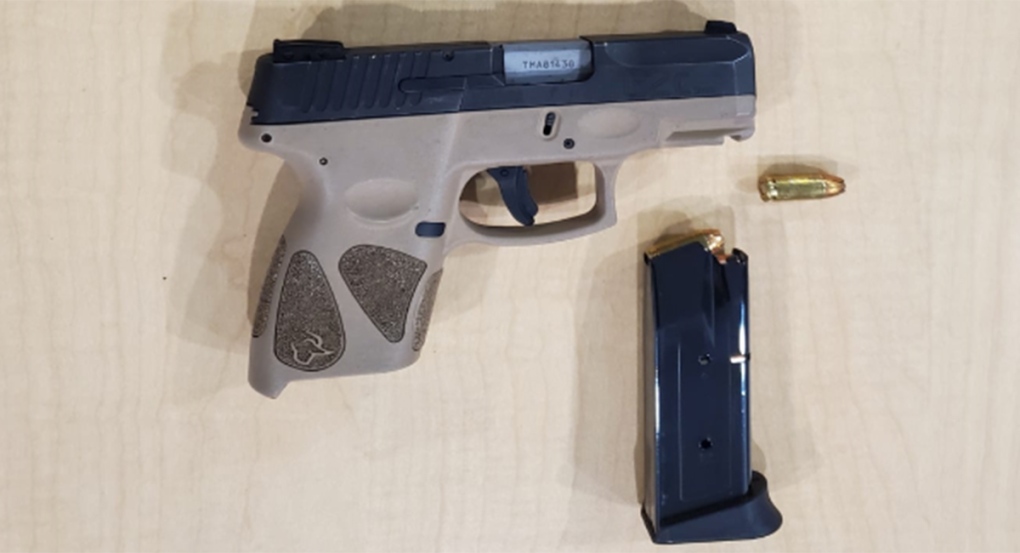 A 9mm handgun seized in London, Ont. on Thursday, April 22, 2021 is seen in this image released by the London Police Service.

MIDDLESEX CENTRE, ONT. -- Two London men have been charged after police seized a loaded 9mm handgun during a traffic stop.

A vehicle was stopped int he 700 block of Deveron Crescent on Thursday following an investigation.

The driver and passenger, a 28-year-old and 27-year-old, both men from London, were arrested and jointly charged with:

The 28-year-old was also charged with possession of a firearm or ammunition contrary to a prohibition order.

Both men were expected to appear in court on Friday.

London has seen a sharp rise in the number of guns and shootings in recent months.