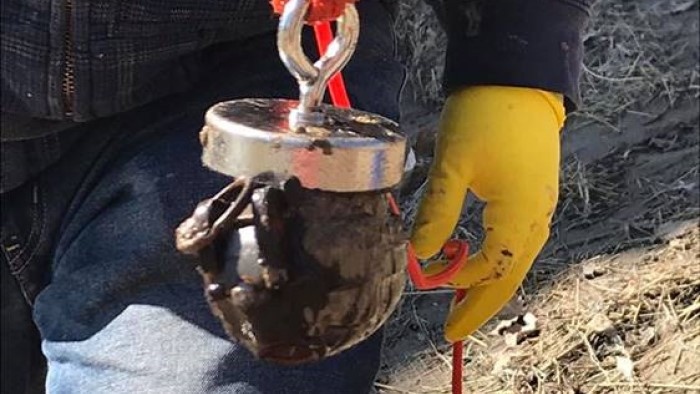 LONDON, ONT -- A Chatham-Kent resident got more than they were bargaining for while magnet fishing in the Thames River near Thamesville.

The citizen “caught” what appeared to be a live grenade.

Chatham-Kent police were notified and set pictures of the grenade to the Canadian Military for indentification.

The bomb disposal unit discovered that it was indeed a M36 grenade.

Members from Camp Borden attended the area and took the grenade into their care.

How the grenade ended up in the river remains a mystery.