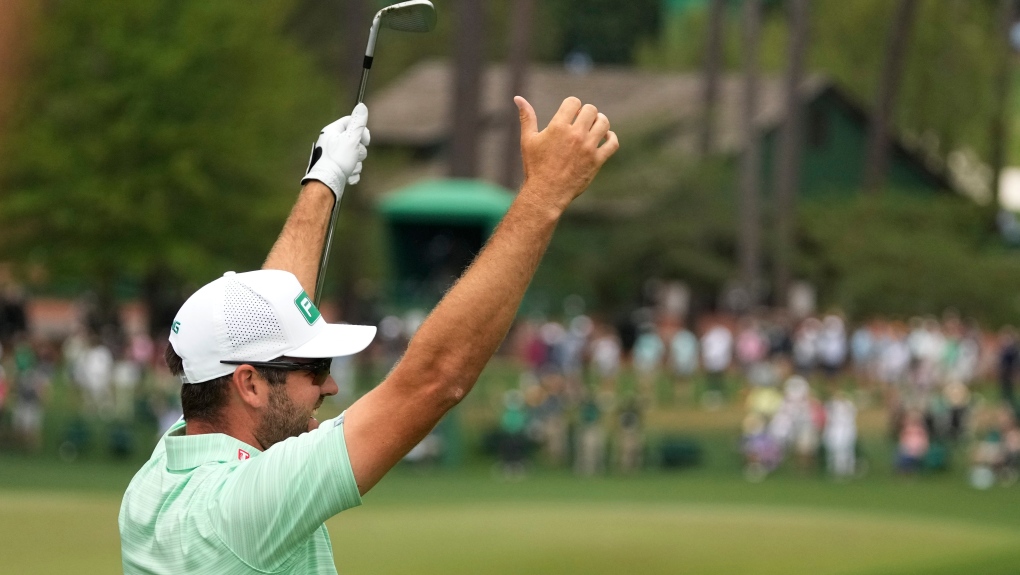 Corey Conners, of Listowel, Ont., celebrates after a hole-in-one on the sixth hole during the third round of the Masters golf tournament on Saturday, April 10, 2021, in Augusta, Ga. (AP Photo/Charlie Riedel)

AUGUSTA, GA. -- Corey Conners has made a move at the Masters, with just one swing.

The Listowel Ont. native made a hole-in-one at the par-3 6th hole on Saturday, getting him to 3 under for the day, 5 under for the tournament and within two shots of leader Justin Rose. Conners' ace came just moments before Rose teed off to begin his third round.

Conners' tee shot at the 180-yard hole bounced once, then rolled smack into the pin and dropped into the cup. It was the second hole-in-one at this year's Masters; Tommy Fleetwood had one at the 16th hole in Thursday's opening round.

Conners had the 33rd hole-in-one in Masters history and the sixth at No. 6. The last player to ace that hole during the Masters was Jamie Donaldson in 2013.