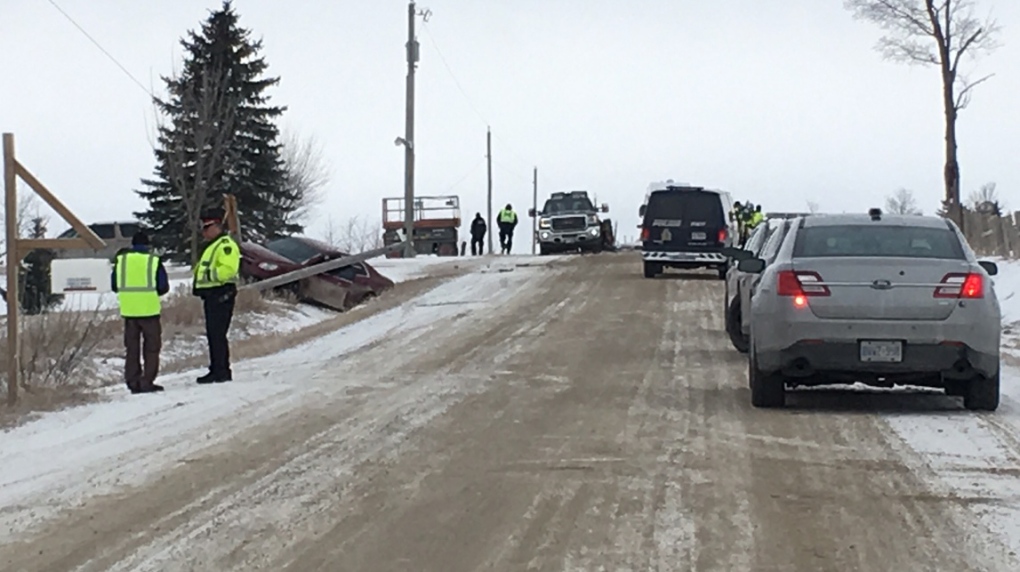 One person was killed when a car hit a stopped trailer on Boomer Line in Wellesley Township on Tuesday, March 13, 2018. (Emma Ens / CTV Kitchener)

A Listowel man has been charged following a fatal crash last March.

Waterloo Regional Police say they have charged a 19-year-old man with careless driving after the crash in Wellesley on March 13.

Brubacher had been loading equipment into a trailer which was stopped in a driveway when he was hit by a car. The car continued on down the road, hitting a hydro pole. The driver was not injured.