Lions and tigers and bears? Not in Lambton Shores 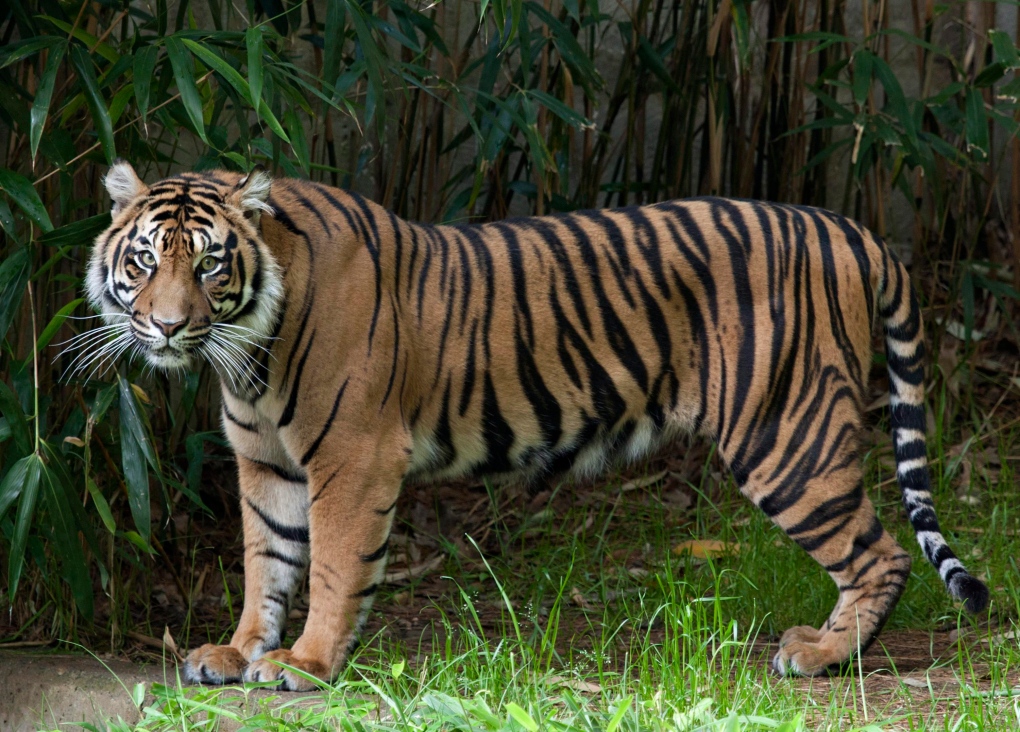 This handout photo provided the Smithsonian's National Zoo, taken May 23, 2011, shows Sumatran tiger Damai at the zoo in Washington.

LAMBTON SHORES, Ont. -- It's now illegal to keep a lion in a community on the shores of southern Lake Huron.

The rules make it illegal for residents to "own, possess, harbour" or keep animals aside from common pets such as dogs, cats, rabbits and ferrets.

Lambton Shores Mayor Bill Weber says the bylaw was adopted quickly amid a "great deal of public concern" about a planned sanctuary near Grand Bend.

He says the consternation came after a couple, Mark Drysdale and Tammy Nyyssonen, moved into a former zoo along with several big cats.

Nyyssonen says no one in the neighbourhood has voiced any concerns, save for one man who yelled at them to leave.

"Everyone else that we've talked to face-to-face has been great," Nyyssonen said. "I guess most of them are hiding behind their keyboards."

The couple bought the nine hectare property on Parkview Crescent in February. They planned to make it a sanctuary for the numerous big cats the couple has adopted, including lions and a lynx.

Nyyssonen described the planned Roaring Cat Retreat as a place for cats that have nowhere else to go, including exotic pets that have been given up by their owners and animals used in filmmaking.

However, Weber said the town never received an official application for a zoo or sanctuary on the property, which is in the middle of a residential area.

"People with young children are afraid to let their children play in their yard," Weber said.

Nyyssonen dismissed the "fear-mongering" by some neighbours and councillors, saying said she and Drysdale planned to follow the strictest safety standards.

"We were planning on putting in enclosures that are above or at least (up to) CAZA standards," she said, referring to the industry group Canada's Accredited Zoos and Aquariums.

The couple planned to meet with a lawyer on Thursday to discuss their next move, she said.

-- Written by Adam Burns in Toronto