'Let’s get this girl some wheels!' Family fundraisers created to help kids ride bikes this summer

NEWS -- A London Ont., family was overwhelmed by the generosity of others, that they are working to keep the momentum going for 8-year-old Siena.

Lynn and Daniel Grushka, have a 5-year-old son named Mathew, who was born with a very rare syndrome.

"It is called HIST1H1E. There is only about 50 kids in the word diagnosed with it." 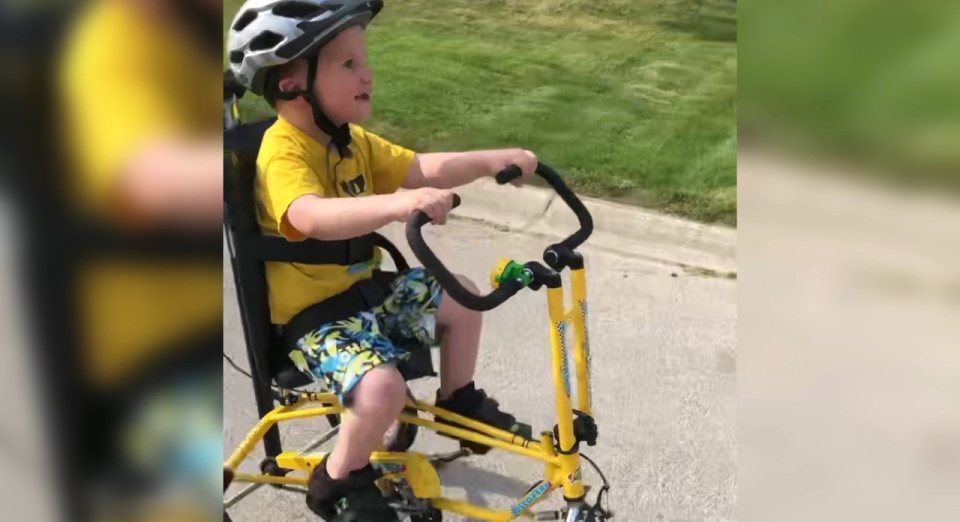 "He hasn’t been able to ride a bike yet, so he is missing out on things kids can do and just feel that freedom," says Lynn.

So his parents took Mathew to the bike clinic at Thames Valley Children’s Centre, where he tested out his first ever freedom bike.

It is a specialized and adjustable bike, meant to help aid those living with disabilities achieve their dreams.

"Oh my god you should have seen the smile on his face. It was really emotional."

A Go-Fund Me page was created by a family friend of the Grushka family to buy Mathew a freedom bike of his own.

In no time at all, enough money was raised through donations to make that dream a reality, and now the sights are set on creating a better summer for Siena.

8-year-old Siena has Down syndrome. 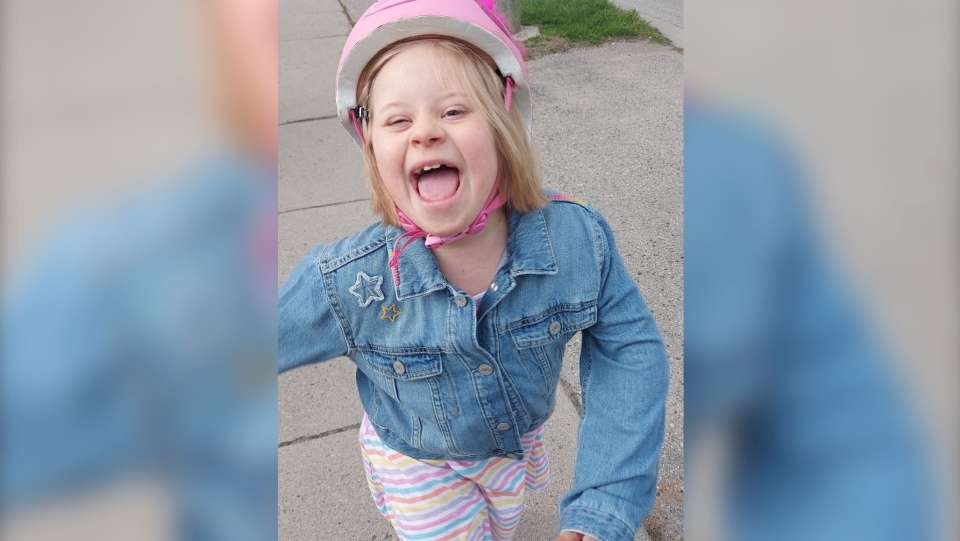 Her mother Melissa Zinga, says Siena isn’t aware of her own strength and has trouble with riding traditional bikes.

"She has always wanted to ride bikes, for as long as she has been walking… So we got her a traditional two wheel with training wheels and unfortunately like most children, she peddled backwards and that was it, she tapped out."

But Zinga didn't give up on Siena’s dream. She took her to try out a freedom bike at Thames Children’s Centre, and that's where Siena found her stride.

While Mathew expects his freedom bike soon, Siena’s family is just short of purchasing one of their own.

A Go-Fund Me page has been created to assist, they’re hoping to raise enough funds so Siena and Mathew can ride side by side this summer.

While Mathew no longer needs donations, the family says those interested in helping can donate to a charity that supports kids just like him, living with HIST1H1E.