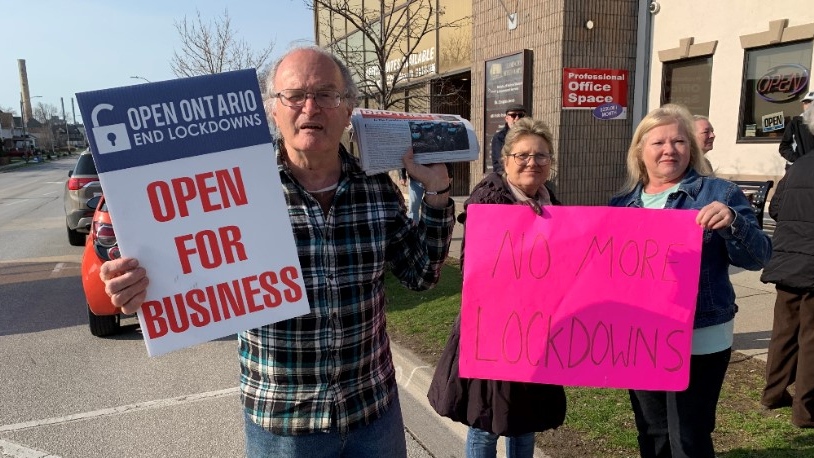 People hold signs outside a restaurant that is remaining open to in-person dining in Leamington, Ont., on Tuesday, April 6, 2021. (Bob Bellacicco / CTV Windsor)

LONDON, ONT -- The Registrar of the Alcohol and Gaming Commission of Ontario (AGCO) suspends and moves to revoke liquor license of Family Kitchen restaurant in Leamington Ont., for non-compliance.

“If Walmart down the street can remain open at 50 per cent capacity why can’t I?” said Leathem on April 6.

AGCO said on Saturday in a statement, that the Leamington restaurant's liquour license would be suspended effective immediately for 'reasons of public interest and safety.'

The Registrar has also issued a Notice of Proposal (NOP) to revoke the establishment’s liquor licence for infractions of the Liquor Licence Act.