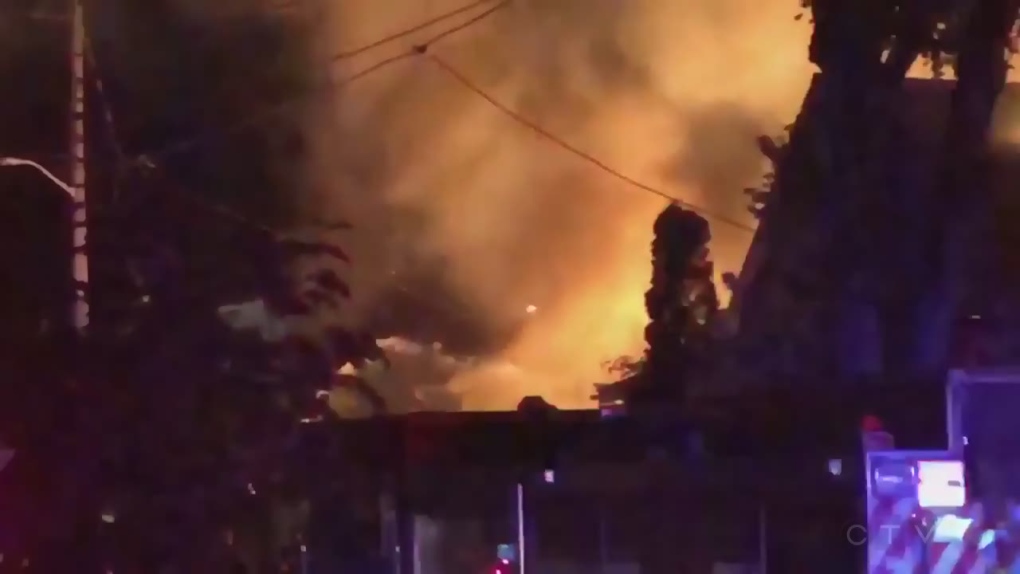 LONDON, ONT. -- With her sentencing hearing set for next week for her criminal proceedings, the woman at the centre of the Woodman Avenue explosion, is being sued along with the City of London and Budweiser Gardens.

A total of five plaintiffs, all who lived on Woodman Avenue at the time have issued a statement of claim against Daniella Leis, her father Shawn who owned the car she was driving, as well as the City and Spectra which operates Budweiser Gardens.

Also named in the suit is Ovation Ontario Foods and ABC Security.

The plaintiffs are all seeking $500,000 each for aggravated, exemplary and punitive damages.

Her sentencing hearing is set for next Thursday, when victim impact statements are expected to be heard.

During the guilty plea court proceedings, it was learned that Leis had been consuming alcohol during a concert at Budweiser Gardens on the night in question.

She was kicked out of the show, got into her father’s car and drove the wrong way down Queens Avenue before smashing into the Woodman Avenue home and setting off the explosion.

Leis is not expected to be sentenced during the proceedings next week.

It needs to be stated that none of the claims made in the civil lawsuit have been proven in court.