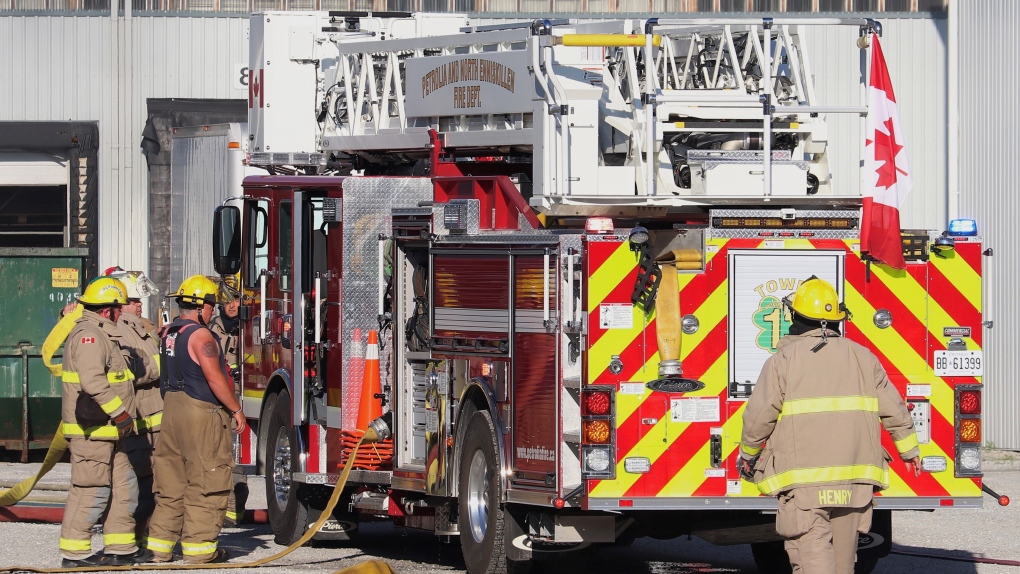 The Petrolia and North Enniskillen Fire Department responded to a commercial blaze in Petrolia, Ont. on July 24, 2020. One man was later charged with arson. (Source: FireFocus Photography)

LONDON, ONT. -- Police in Lambton County are continuing to investigate a fire at a business in Petrolia.

Police and firefighters were called to a commercial building on Centre Street in the town around 7 p.m. on July 24.

OPP had asked anyone with information to contact them.

Then on July 27, the crime unit arrested and charged a 40 year-old Sarnia man with arson - damage to property and arson - disregard for human life.

The accused was held in custody for a bail hearing.

The Petrolia and Enniskillen Fire Department had said on social media that fire crews worked into the night to extinguish the blaze.

The department said no injuries were reported.