LONDON, ONT. -- A pair of Lambton County fitness centres say they are not closing the doors Monday when the provincial imposed lockdown goes into place.

"If I'm going to close my doors again, I feel like a lot of other businesses it would be for good," says Ron Theriault, the owner of Corunna Fitness Centre in Corunna, Ont.

Theriault feels a third trip to the grey-restrict zone would be devastating for his business.

"Some government grants have been given and that's been good, but commercial rent isn't cheap," says Theriault.

"That isn't enough to pay the bills when I have zero income and zero revenue coming in. If they purchased a three-month membership right ahead of lockdown, I give them that time later, and that makes six months after the lockdown with zero income". 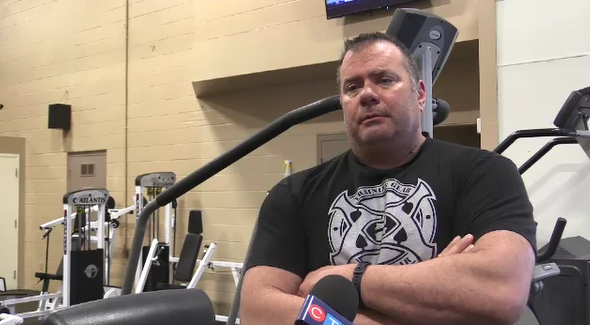 His members and supporters have started a GoFundMe page to help pay any fines, or potential legal fees.

Corunna Fitness Centre isn't the only gym to remain open.

"I'm desperate, we have to stay open," says Cindy Van Hoogenhuize, who owns the gym with her husband.

"All our RRSPs are in that gym, we've put everything into that gym and we almost lost it.".

Van Hoogenhuize is currently battling terminal cancer relies on the gym for her family income as well as her mental health. She believes others need it as well.

"One girl has fibromyalgia, and she can't move if she doesn't work out every day. She was crying when they locked us down at Christmas and didn't know what to do. We have people who say it's like home there and they are all standing behind us".

A GoFundMe has also been started for them.

"We've been in this position three times in last year and people are demoralized, upset and struggling mentally, financially and socially," says Sarnia Mayor Mike Bradley who has penned a letter to Premier Doug Ford asking for more vaccines to help his county get out of the grey zone.

"I understand the distress and anger. It's difficult as a city to do the enforcement on a law we did not write, nor have been consulted on during the past year. It will be up to bylaw enforcement and police to enforce, but it's difficult when people are pushed to the point where it’s just survival for them after three lockdowns." 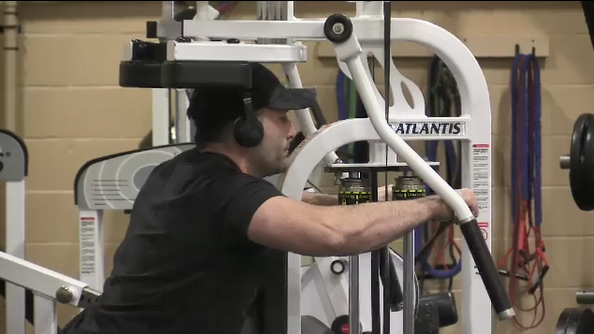 A member works out at Corunna Fitness Centre in Corunna, Ont. on March 14, 2021. (Brent Lale/CTV London)

Lambton County Warden Kevin Marriott wants small business owners to hold on a little longer with vaccines on the horizon.

"I can't condone this because there is going to be implications for those who do buck the rules," says Marriott.

"I sympathize that businesses have been shut down a third time now because I'm very close to people highly affected by this. We just can't risk numbers going up due to a limited number of ICU in Bluewater network. We can't risk people not being able to have proper care if the hospitalizations go up".

Back in Corunna, Theriault isn't sure what will happen Monday when he remains open.

"We are going to conduct business as usual," says Theriault.

"It's either this or not make it".

Businesses that defy lockdown orders in Ontario can face hefty fines up to $500,000.