Lake Erie storms coming too often and too soon: Expert

A sustained period of high winds and waves is creating quite a sight along the Lake Erie shoreline.

It has sparked some conservation authorities to warn of shoreline flooding, especially towards Chatham-Kent and Windsor.

But the primary concern for the Catfish Creek Conservation Authority, near Port Bruce, is the storm’s timing.

It’s a worry for Carol McNiece of Aylmer.

“Could be something to do with climate warming,” she contends. 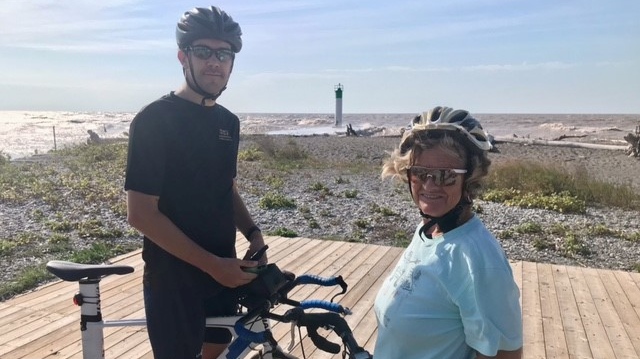 Carol McNiece, right, and a friend rode to Port Bruce, Ont. Monday, Sept. 27, 2021. McNiece expected the ride home with the wind at her back to be quick. She worries about climate change impacting Lake Erie. (Sean Irvine / CTV News)

McNiece rode her bicycle to Port Bruce with a friend Monday morning. Against the headwind, she says the trip took 10 minutes longer than it typically does.

But, she was looking forward to a much quicker ride home, “Yes, I’ll be blown right home to Aylmer."

And as she is, Dragunas is not discrediting her theory on global warming.

He says recent weather events have him pondering the same concept, although full data is not yet available. 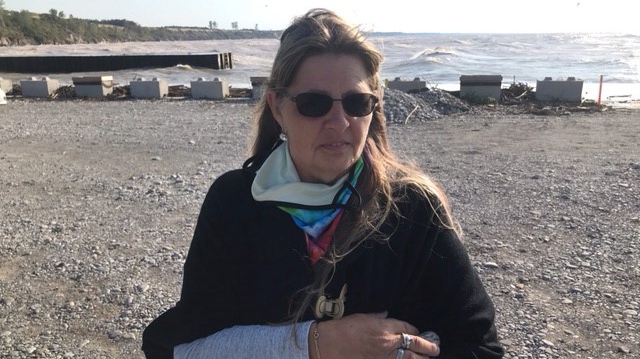 Marlene Meurs isn’t sure what causing it, but she and her parents know it’s not typical.

“My dad says it looks like the weather from when the Edmond Fitzgerald went down,” Meurs tells CTV News London.

She added, “In the last 50 years, maybe three years it’s done this, that I can remember. But not usually this early.”

Still, while weather experts consider the impacts, for others the high winds and waves are simply an attraction.

Perry Gallant has called Port Bruce home for 18 months. The local artist was about to pick through mounds of driftwood blown ashore. 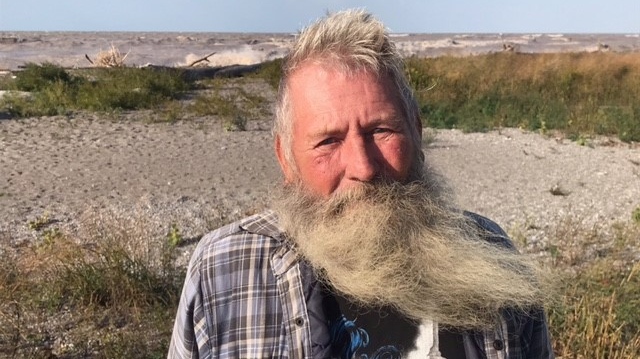 But he was also watching his step, and the force of Mother Nature, as he did.

“You got to take the good, the bad, with the ugly. And be prepared for whatever she throws at you.”

And while it’s not a good idea to get too close, Gallant says if you do get ‘closer,’ to be prepared.

“Unless you got a little hot bowl of soup and a hot chocolate, don’t do it.”

The high winds and waves, which have battered the shoreline for the majority of the weekend were to ease Monday afternoon.