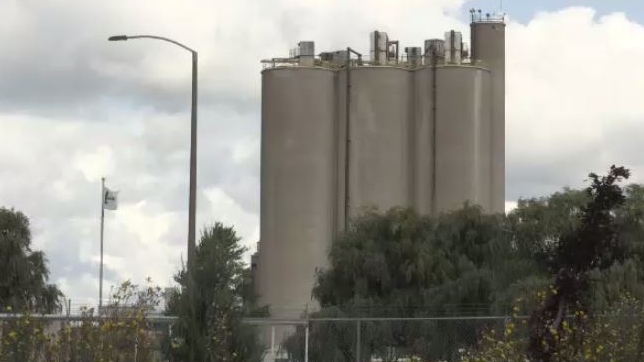 Lafarge Canada Inc. was fined $400,000 Friday after an employee death more than two years ago at a decommissioned cement plant in Zorra Township.

The Mississauga company entered a guilty plea in Woodstock court earlier this year.

The Ministry of Labour says the employee was giving a tour of the facility, on Road 68 in Zorra Township, to contractors on Aug. 23, 2017.

The man fell 30 feet from a walkway that had corroded and could no longer support his weight. He later died in hospital.

He was identified as 47-year-old Walter Nuvoloni of Kingston.

The company ceased cement production and mining operations in 2008 at the plant.

The ministry says the purpose of the tour was about the potential demolition of one of the decommissioned kiln buildings.

It says Lafarge Canada Inc. has been convicted and fined for contraventions of the Occupational Health and Safety Act in 2003, 2007, 2010 and 2017. Three of the four convictions were related to the deaths of workers.