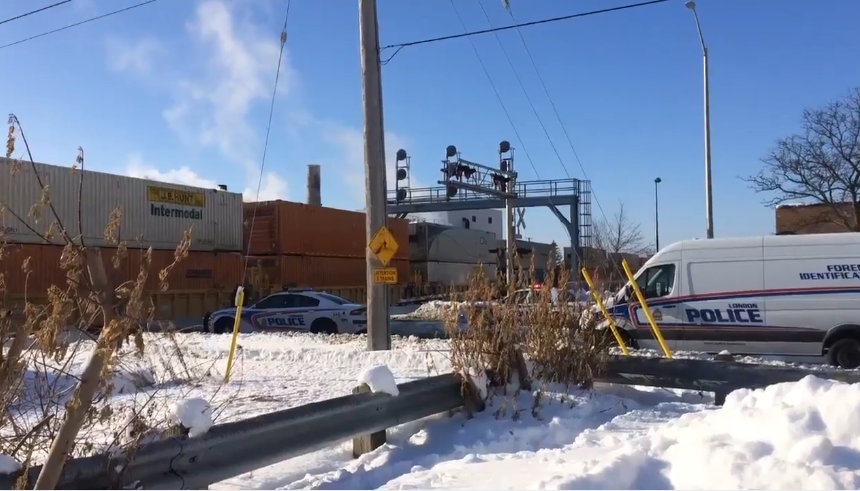 London police are on the scene of a crash between a train and a sidewalk plow in London, Ont., on Tuesday, Jan. 9, 2018. (Marek Sutherland / CTV London)

Malcom Trudell, 26, was killed on the morning of Jan. 9, 2018, when a CN freight train slammed into the sidewalk plow he was using at Colborne and York streets.

Trudell worked for Jackson Pools, which had been contracted by the city to clear sidewalks.

The report found that Trudell had been awake for almost 24 hours and had been working close to 12 hours clearing snow, possibly affecting his performance.

It also states that Trudell was focused on clearing the snow and not looking for approaching trains.

Although warning devices activated while the plow was in the crossing, the plow's position, restricted visibility for the driver and noise from the plow, likely made it hard for Trudell to detect the warnings, the TSB says.

The city provides training for snow plow drivers, but did not give any to contractors or subcontractors when it outsourced some of the work in 2015.

That changed after of Trudell's death, with snow-clearing contractors now required to participate in city-led reviews of safe practices at railway crossings.