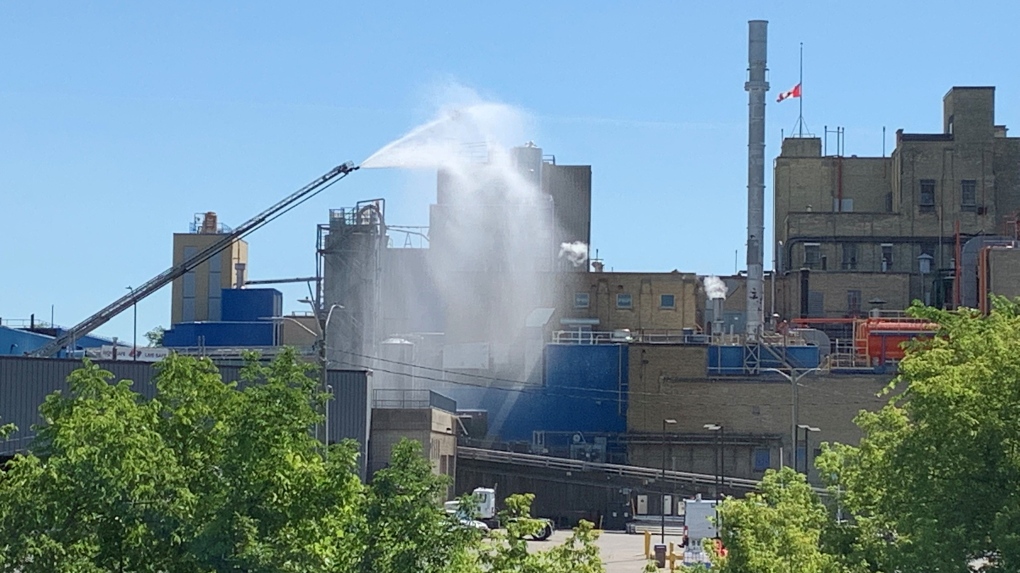 An emergency exercise is conducted in the area of the Labatt Brewery in London, Ont. on Thursday, June 17, 2021. (Bryan Bicknell / CTV News)
Middlesex Centre, Ont. -

An emergency preparedness exercise was held in London on Thursday, with a loud emergency siren sounding.

The areas around the Labatt Brewery, Harris Park and Carfrae Park were closed to the public between 8 a.m. and 1 p.m. for the exercise.

Dave O’Brien, director of Emergency Management and Security for the City of London, said in a statement, “Our team work with our community partners is part of our ongoing commitment to be better prepared should an emergency occur, so we can work as quickly as possible to protect our citizens. When it comes to safety, we are all aligned.”

The exercise was testing the Labatt Emergency Notification Siren and the city’s emergency planning in the areas of preparedness, response and recovery.

We are at Labatt Brewery today participating in an emergency field exercise with our community partner. Please DO NOT call 911 for activities related to the exercise. This is a TRAINING exercise. Thank you. #alwaystraining @CityofLdnOnt

The emergency siren was expected to sound for about three minutes between 9 a.m. and 10 a.m., and be audible to anyone within two kilometres of the brewery. Residents were warned to keep sensitive pets indoors.

As Canada prepares to recognize the first National Day for Truth and Reconciliation Thursday, the desire to hear from residential school survivors has soared across the country.