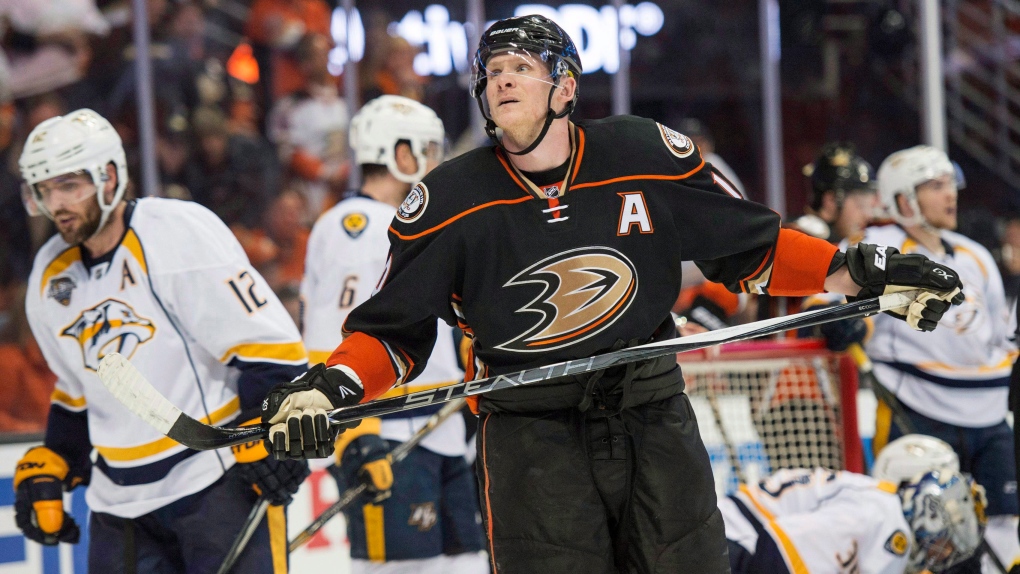 The Anaheim Ducks have bought out the contract of former NHL MVP Corey Perry after 14 seasons with the franchise.

The Ducks announced the move Wednesday, with general manager Bob Murray calling it "one of the most difficult decisions I've had to make in my 44 years in the NHL."

Perry has spent his entire career with the Ducks, and he is the franchise leader with 988 games played -- four more than Anaheim captain Ryan Getzlaf, his teammate and frequent linemate throughout their intertwined careers. The Ducks' decision to part ways with Perry while keeping Getzlaf ends one of the most durable partnerships in recent hockey history.

Perry had two seasons left on his contract with an annual salary cap hit of $8.625 million, but his scoring production has declined in recent seasons while Getzlaf is still going strong.

Perry and Getzlaf won the Stanley Cup together in 2007 and signed similar eight-year contract extensions in March 2013, but the 34-year-old stars' remarkable partnership is over.

"Corey gave everything to this franchise for 14 years, never giving an inch to his competitors," Murray said. "While his scoring touch is undeniable, his will to win became his greatest attribute. We thank Corey for everything he's meant to the Ducks organization. No matter what he elects to do from here, Corey ... will always be part of the Ducks family."

Perry won the Ducks' only Hart Trophy as the NHL's most valuable player in 2011. He is the third-leading scorer in Ducks' history with 776 points, and his 372 goals rank second while his 404 assists are third.

The sometimes-pugnacious forward is also the Ducks' career leader with 1,110 penalty minutes. Perry and Getzlaf led the Ducks' tough-nosed approach to the game over the past decade in particular, with Anaheim making the post-season 11 times in their 14 years together.

"For many years, Corey has epitomized what it means to be a Duck, playing an aggressive, relentless game while being a compassionate and giving member of the Orange County community," Ducks owners Henry and Susan Samueli said in a statement issued by the team.

Perry is also a two-time Olympic gold medallist as part of Canada's championship teams in 2010 and 2014, again playing alongside Getzlaf. Perry also won championships at the World Cup, Memorial Cup, World Juniors and World Championships, joining Scott Niedermayer as the only players to win titles in those six levels of hockey.

Perry scored a career-best 50 goals during his MVP season, and he has posted eight 25-goal seasons. But he has just 42 total goals over the past three years, and he missed five months of last season with a major knee injury.

The Ducks are rebooting after missing the playoffs last season for the first time since 2012. Murray and new head coach Dallas Eakins seem determined to make the Ducks faster and younger, which led to the decision to move on from Perry's goal-scoring and toughness.