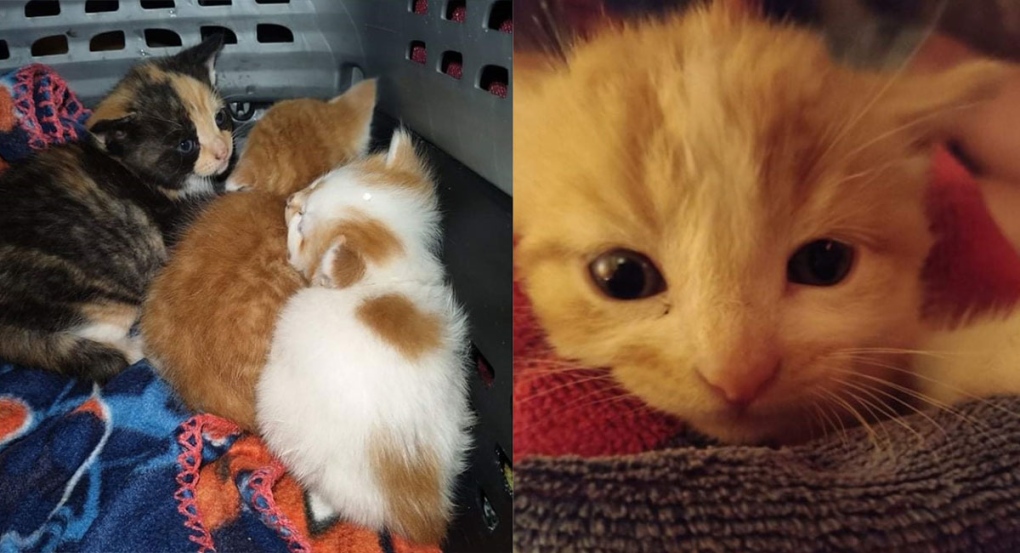 Provincial police are investigating after five kittens were abandoned in a scrap metal bin in Hagersville, Ont.

OPP say the kittens were found in the bin next to a business on John Street by a passerby around 7 p.m. on Monday.

The passerby reportedly heard the sound of kittens crying and was able to pull two kittens out of a bucket of water and three others from inside the bin. One of the kittens in the bucket of water was deceased.

OPP say they are investigating the incident as a case of cruelty to animals.

The kittens have been relocated to a rescue organization.

#HaldimandOPP A Good Samaritan found 5 kittens in a scrap metal bin on John St. in Hagersville yesterday at 7:00 p.m. If anyone has information regarding this act of cruelty please contact the OPP at 1-888-310-1122 or @hncrimestoppers at 1-800-222-8477 to remain anonymous. ^mg pic.twitter.com/HbvJxdx4Zt