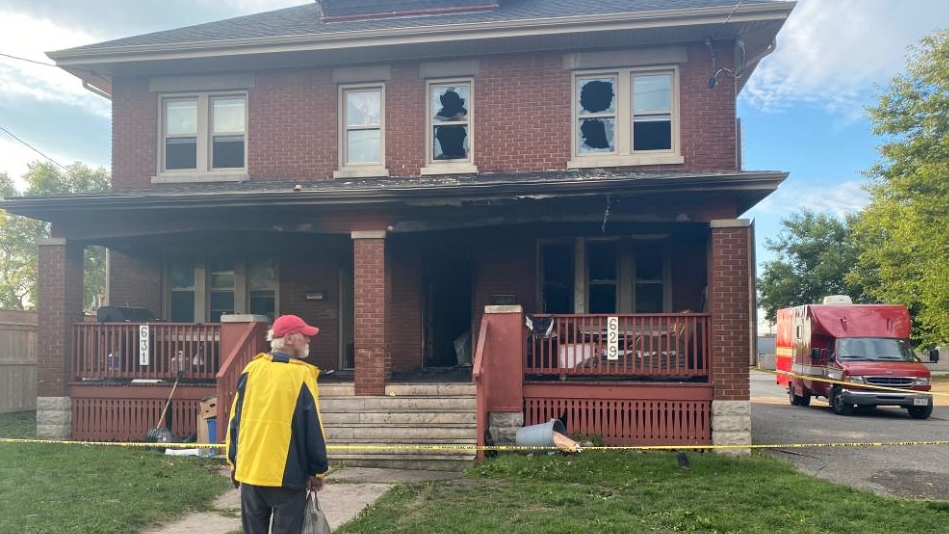 LONDON, ONT. -- London Police Services and fire officials are probing an overnight blaze at an apartment building on King Street.

The duplex houses 10 occupants and while crews were able to knock down the fire, one resident was taken to hospital with smoke inhalation.

The other residents have been temporarily located with the assistance of the City of London.

"Upon my notification I contacted our Emergency Management coordinator to put resources together to find houses for individuals who have been displaced," says Gary Mosburger, platoon chief with the London Fire Department.

"They were originally housed by LTC bus to give them shelter, and we are currently working on a place for them to stay."

Investigators are on scene working to determine the cause of the fire and a damage estimate.