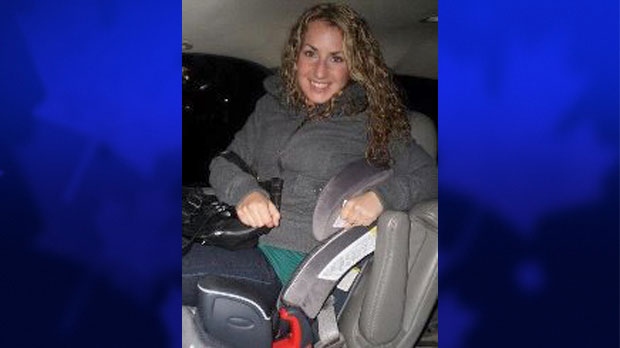 Noelle Paquette, 27, is seen in this undated handout photo provided by the Sarnia Police Service.

SARNIA, Ont. -- The trial for two people accused in the death of a southern Ontario kindergarten teacher will not be held in Sarnia, where the woman was from.

Michael MacGregor, 20, and Tanya Bogdanovich, 32, are charged with first-degree murder in the death of Noelle Paquette.

Paquette's body was found in January 2013 in a woodlot southeast of Sarnia one day after she went missing.

She was last seen leaving a New Year's Eve party.

Lawyers for MacGregor and Bogdanovich had requested a change of location earlier this month.

MacGregor's lawyer says Justice Bruce Thomas has now ruled that the trial will not be held in Sarnia.

A new location for the trial will be decided by a regional senior justice.