Rob Thomson was planning on hanging up his cleats after more than 35 years in professional baseball.

However, things changed drastically after Joe Girardi was fired as Philadelphia Phillies manager during the 2022 season, and Thomson was named as his replacement.

He then led the club to the World Series.

“I was just getting a little stale at that time,” explained Thomson. “I thought there were some younger people that can come in with a little more innovation and do some different things to make players better and get the information to them and better fashion, but yeah, this is kind of rejuvenated me and now I’m ready to go.”

On Tuesday, the 59-year-old told stories from his fairy tale season to the London Sports Association during their luncheon at the Victory Legion on Oakland Avenue, in London, Ont.

The crowd included a number of people he played against in the Inter-County Baseball League in the 1980s. 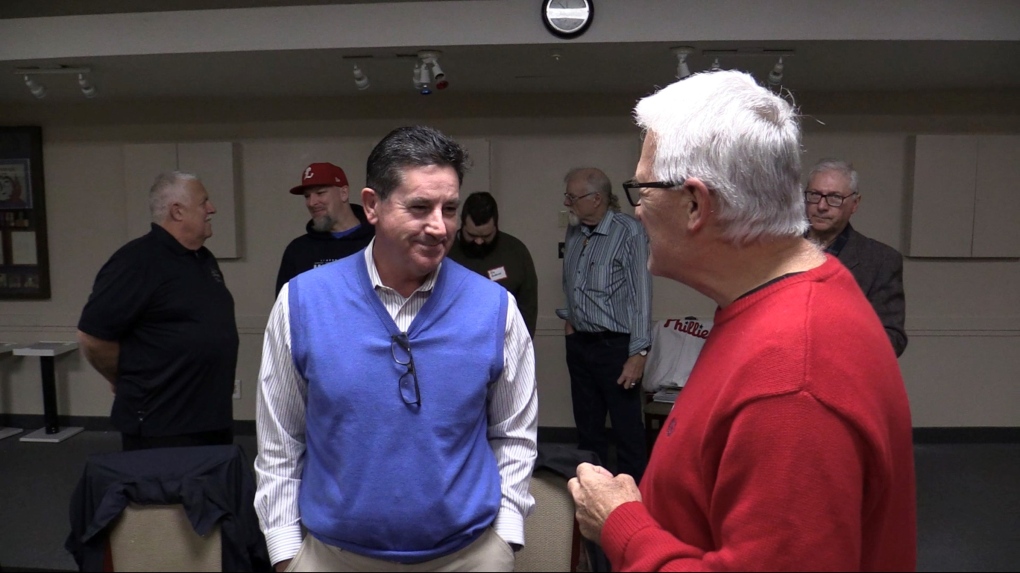 After signing a two-year extension to be the Phillies’ manager, he is now a very busy man.

“Before I got here I was in a Tim Hortons parking lot doing a zoom call with a potential free-agent bullpen pitcher we’d like to sign,” Thomson told the crowd.

He added, “When I’m done here, I’ve got a Zoom at two, and a Zoom at four. I drive to Toronto tonight, and fly to Atlanta tomorrow. I come home and I’m going to San Diego on Saturday, so there is a lot of moving parts here.”

He will not be staying in his hometown of Stratford, Ont. for very long, before heading back to Philadelphia for the remainder of the offseason.

“We're transitioning into another phase of our season,” Thomson told CTV News London. “So we're starting to talk to Major League free agents and trying to put our ball club together for next year. It's still a little bit busy and a lot of Zoom calls, a lot of text messages, a lot of travel, but that's good.”

He was instantly beloved and became a cult-figure in the City of Brotherly Love. 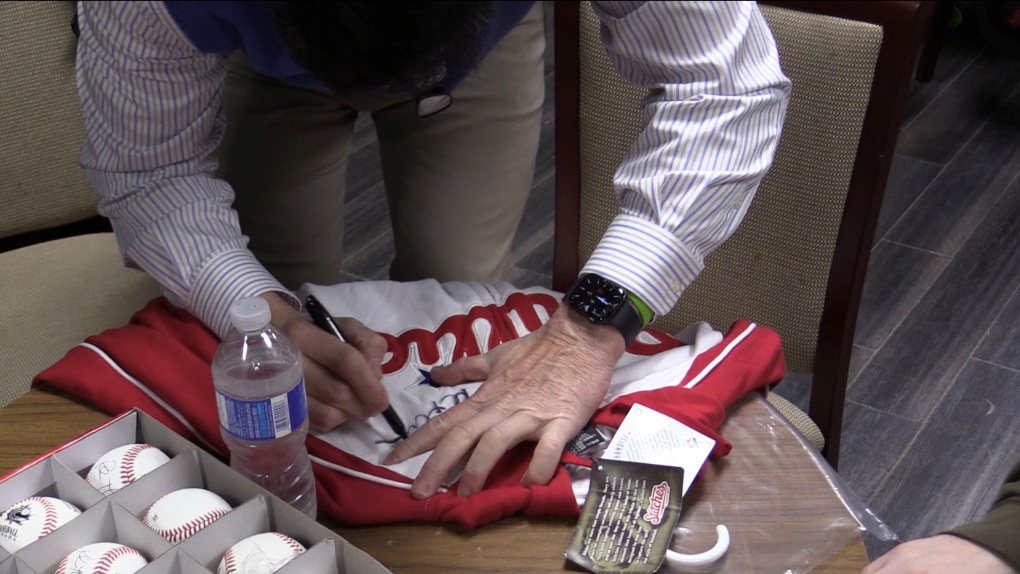 Now he will be spending the offseason with a different role. Instead of running spring training, Thomson will be spending more time planning and being with the players, rather than spending time doing a lot of the behind the scenes baseball-related game scheming.

“Our bench coach will do the actual daily schedules, but you know, we'll get together and talk about how we're going to plan it out and what the progression is going to be on an individual basis and also a team basis,” said Thomson.

He added, “It's a little bit different, spending a lot less time behind a computer screen looking at bunt plays and who steals, and who runs, who hit-and-runs, and all that type of thing.”

The last few months have been a whirlwind, but he has loved it.

“You could really see the momentum step up especially when the Blue Jays got knocked out and then all the Canadian media was on it,” Thomson recalled. “It was good story and but we didn't get it done, but next year, hopefully we'll get it done.”

The federal government failed to spend tens of billions of dollars in the last fiscal year on promised programs and services, including new military equipment, affordable housing and support for veterans.

Marc Ouellet, the Quebec cardinal who oversaw the Vatican's powerful bishops' office and has been recently accused of sexual misconduct, is retiring.

Boris Johnson says Putin said he could hit him with missile

Former U.K. prime minister Boris Johnson said that President Vladimir Putin didn't seem serious about avoiding war in the days before Russia invaded Ukraine, and at one point told the British leader it would be easy to kill him with a missile.

Economic matters will be top of mind for parliamentarians as they return to Ottawa to kick off a new year in federal politics.

A suicide bomber detonated explosives during crowded prayers at a mosque inside a police compound in Pakistan on Monday, causing the roof to cave in. At least 34 people were killed and 150 wounded, officials said.