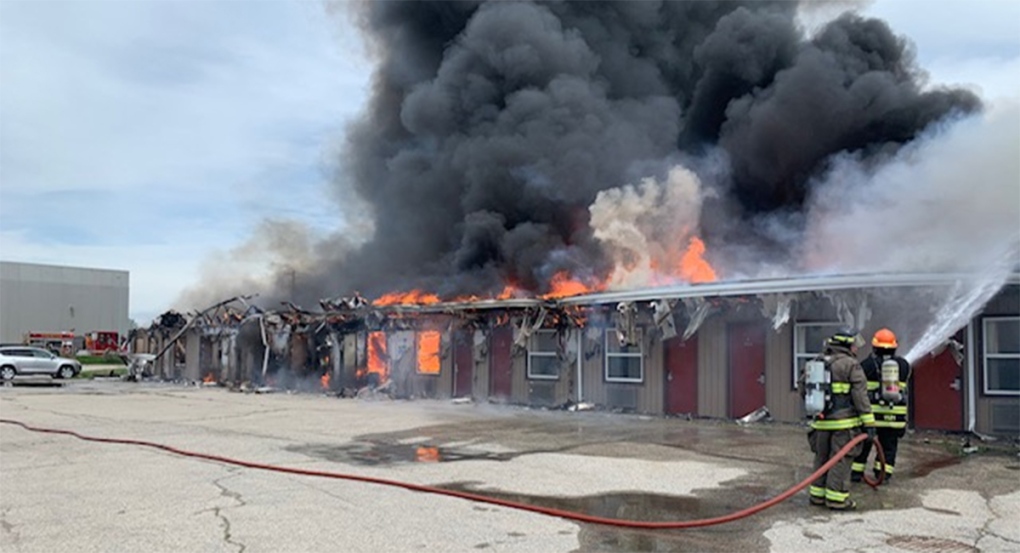 WINGHAM, ONT. -- The cause of Wednesday’s fire at the Sutton Park Inn in Kincardine has been deemed “accidental” and “likely electrical in nature” according to Kincardine Fire Chief Brad Lemaich.

Fifty of 60 rooms at the motel, on the north side of Kincardine, were destroyed in the blaze, that started around 2 p.m. Wednesday.

Thick black smoke could be seen several kilometres away, as crews from across Bruce County converged on the scene to try and control the billowing blaze.

Lemaich says it appears the fire started in a structure above the pool, in the courtyard of the sprawling motel. He says the cause is not considered suspicious.

Lemaich says a preliminary damage estimate pegs the losses at more than $2 million.

He says it does appear the restaurant, lounge, offices and living quarters, which are attached to the inn, will be salvageable.

The owners of the Sutton Park Inn and attached Akima House restaurant had this to say on their Facebook page.

“We suffered a devastating loss today. After 23 years of joy, struggle, hard work, fun memories, and last(ing) friendships made, it was heartbreaking to see our family business go up in flames...We are blessed that everyone is safe and that we live in such a supportive community. We don’t know what lies ahead, but we hope to begin by picking up the pieces,” says the Kim family. 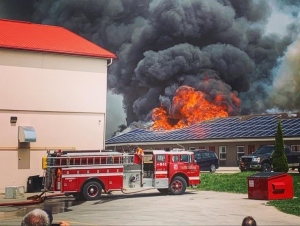