Kincardine mourns the passing of their Deputy Mayor, Marie Wilson 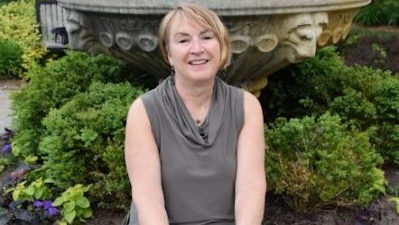 The Municipality of Kincardine mourns the loss of their Deputy Mayor, Marie Wilson who passed away Saturday, October 18, 2020 (Source: The Kincardine Record)

LONDON, ONT. -- The Municipality of Kincardine is mourning the loss of their Deputy Mayor, Marie Wilson.

Wilson, who was elected to council in 2018 received the highest number of votes in the At Large race.

"As Mayor and on behalf of our Council and staff, I extend our deepest sympathy to the Battler and Wilson families on the sudden loss of their beloved family member Marie," said Anne Eadie, Mayor of the Municipality of Kincardine.

Wilson ran for Councillor At Large to help serve her community while in retirement.

"She had many talents to serve on Council from her newspaper and OPG days, as well as her various life experiences as a wife, mother, friend, business partner and community supporter."

Nick Battler, Wilson's son posted on Facebook Sunday saying that saying goodbye to his mother was the most painful experience of his life, but he takes comfort knowing she is resting peacefully in heaven where she is no longer suffering.

Monday's scheduled Council meeting has been cancelled to honour and respect Wilson's memory and to give staff time to grieve.