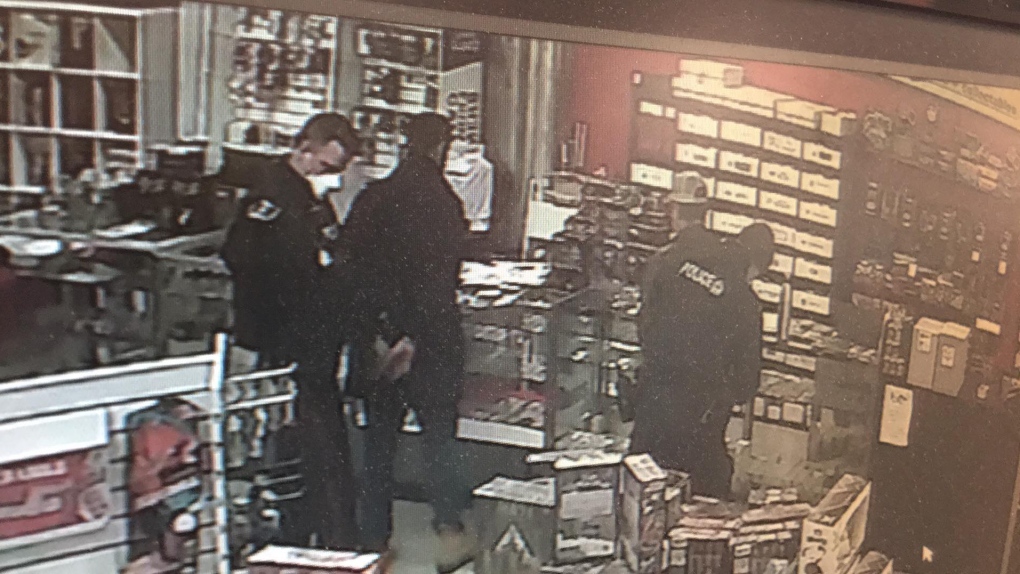 There were some tense moments Tuesday evening when police closed a street in east London.

Witnesses tell CTV News London that officers found what appeared to be an explosive device while searching a suspect being arrested at 100 Kellogg Lane.

On Wednesday morning, London police confirmed a suspected hand grenade was located during the arrest of two Sarnia, Ont. men who were allegedly trying to sell stolen property.

Police were called to L.A. Mood Comics and Games after an employee recognized items that had been reported stolen from businesses in Sarnia.

Two businesses in that city had been broken into -- one on Dec. 19, 2021 and another on Jan. 7 -- and had trading cards stolen, including some with individual serial numbers.

After the grenade was discovered, the area was contained and the surrounding buildings were evacuated as a safety precaution.

The London police Explosive Disposal Unit determined the grenade was inert shortly afterward and police were able to clear the scene after about an hour.

In addition to the grenade and a set of brass knuckles, stolen trading card and a binder valued at around $11,725 were recovered.

Both are expected to appear in court on Wednesday.