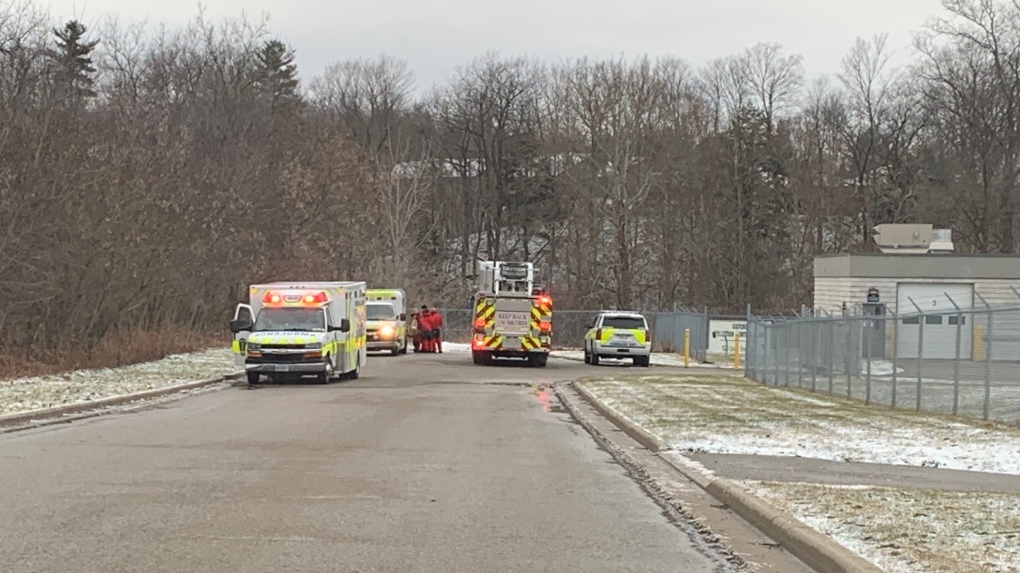 Emergency responders gather in the area of Commissioners Road and Oxford Street in London, Ont. after two people were pulled from the water on Sunday, Jan. 12, 2020. (Taylor Choma / CTV London)

LONDON, ONT. -- Two males were pulled from the Thames River near the Riverbend subdivision Sunday afternoon.

District Fire Chief Dave Robb says the two males, who were kayaking, were lucky to be alive.

"They'd been in the water for 40 minutes. Both had severe hypothermia," he says, adding they were incorherrent when they were rescued.

Robb says one of the males was standing waist deep in the middle of the water and the other was clinging to the kayak, with only his face visible above the water. "He was moments away from going under."

The emergency call came in about 3 p.m., shortly after firefighters and police had water rescue training in the area of Riverside Drive and Wonderland Road.  About 20 minutes later, both males were on shore.

Robb says that training certainly helped with the quick response as one of the boats was still near the water.

"It's a good afternoon," he says of the ability of emergency crews to reach the pair and bring them to safety.