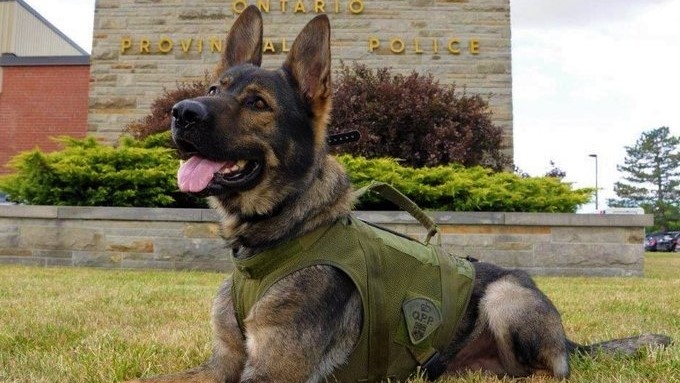 WINGHAM, ONT -- A Goderich resident is behind bars after being tracked down by an OPP K9 Unit in Wingham.

Police say they attempted to stop an SUV on the edge of Wingham early Saturday morning, when the vehicle took off.

Following a short chase, say police, the vehicle drove down a dead end road and hit a guardrail. They say the driver then took off on foot.

Police called in Valor, a seven-year-old German Shepherd, who eventually tracked the suspect to a garden shed on Josephine Street.

The 28-year-old Goderich suspect faces nine charges, including flight from police, and dangerous operation of a vehicle.