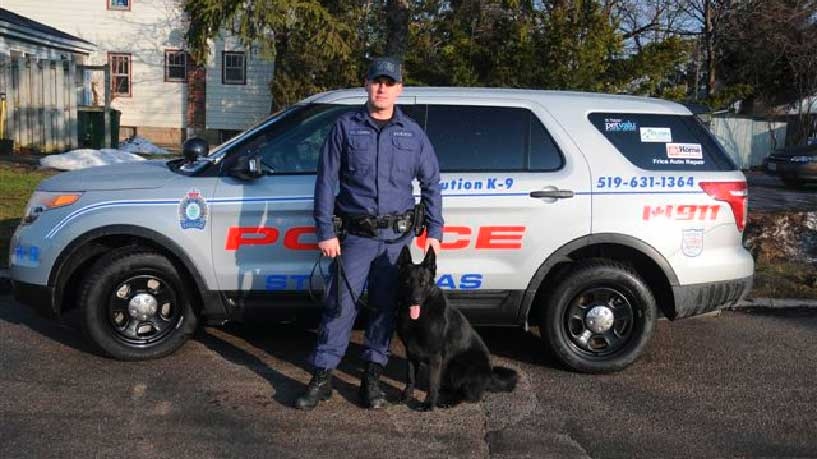 The St. Thomas Police Service released this photo of Trax with his handler Const. Sean James.

After months of training, Trax and his handler Const. Sean James are ready to join other members of the St. Thomas Police Service on city streets.

The new K9 Unit began training in September and completed the intensive course last week, so they'll be out on patrol starting this Thursday.

The team will be working a combination of day and night shifts which overlap the platoon's schedule. Officials say Trax has been identified as a fantastic 'tracker' during both building searches and open searches.

The St. Thomas Police Service is thanking London police for their help with training as well as leadership and support. Local businesses that allowed training in their buildings are also being thanked.

Although everyone is excited to see Trax in action, police are asking residents to follow some safety precautions:

Even though Trax has completed his course, training will continue until his retirement.