WOODSTOCK, ONT. -- The American Avocet is rarely seen in Southwestern Ontario, but a flock made a pit stop in the region over the weekend.

"This is just the second record in Oxford County," says Dr. Jeff Skevington, a scientist and avid bird watcher.

The birds were spotted Friday and Saturday at the Pittock Dam in Woodstock, Ont.

Steve Sauder of the Upper Thames River Conservation Authority (UTRCA) captured some video while getting drone footage of the new walkway at the reservoir.

One of those birders was Mike Poole. He was walking with his wife, when he saw the birds for the first time in his life. He quickly ran home and got his camera, and took some stunning images of the large waders.

"You start about 100 yards away so you make sure you at least get one shot," says Poole. "I slowly snuck into the beach about 40 yards away so not to disturb the birds, and waited for them to do their thing." 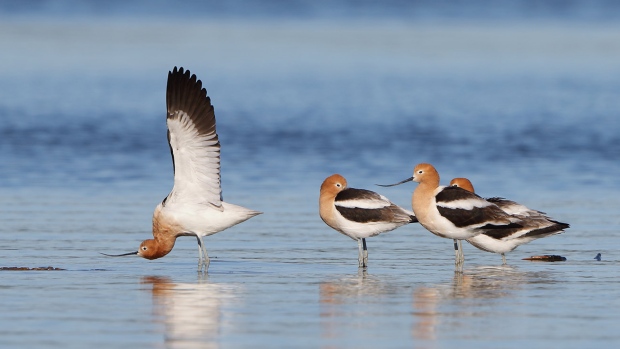 The birds tend to migrate at night, so they were just sleeping in shallow water. But Poole got lucky in that they were awoken.

"I was fortunate in that a hawk came by, and they flew out and circled around, and that gave me some flight shots, and eyes open shots."

When Woodstock birder Greg Tilford heard the birds were in town, he hurried to the Pittock Dam. He was able to get access to the birds thanks to the opening of the new walkway.

"We normally birded on the south side of Pittock," says Tilford. "This walkway has opened up an easier way to get up to the north side of Pittock and you will be able to see birds that you wouldn't normally see."

Skevington says while the Avocets are rare in Oxford, they have been seen recently in Essex County in the spring.

This past weekend they were spotted in a few communities around Southwestern Ontario. Bird watchers are on the lookout in the spring for southern species that overshoot their range.

"A flight of them got pushed east to Southern Ontario but they are strong flyers and they will be back in the prairies where they breeds," says Skevington.

The Avocets typically migrate from the south through the midwestern United States, and into Saskatchewan.

"I saw them Friday, and then by Saturday morning they were gone, carrying on with their migration," says Poole.

Skevington says the Avocet wasn't the only rare bird to make an appearance in the county over the weekend. Just the second ever Kentucky Warbler was spotted in Oxford in his parents' backyard in Hickson, Ont.

"It's an exciting time for birders." 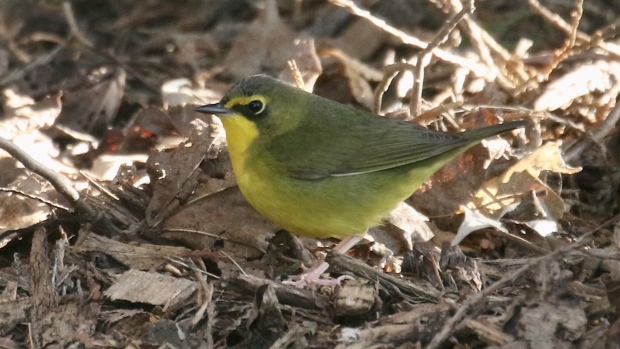