MIDDLESEX CENTRE, ONT. -- A woman is facing charges after allegedly stealing a London Transit bus and taking it for a drive before ending up in a ditch.

The woman allegedly damaged one bus after attempting to reverse it through the south entrance door.

Police say she then got into a second bus in the same garage, and drove out through a door on the east side of the garage onto Highbury. 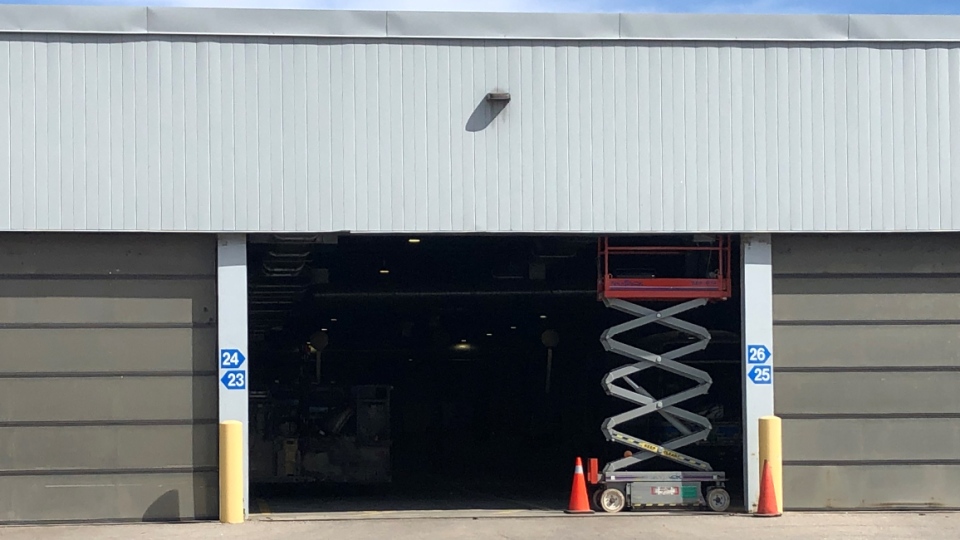 London police located the bus shortly afterward in the downtown core, and officers reportedly observed it going through several red lights, hitting a car on Adelaide Street and a fence on Simcoe Street before leaving the city southbound on Highbury.

OPP were called in and a spike belt was deployed on Highbury near Wilton Grove Road, however the bus continued to Belmont, Ont. where around 4 a.m. it finally ended up in a ditch on the west side of the road.

London police arrested the driver, 45-year-old Patricia Craig, at the scene without incident.

She has been charged with:

No injuries were reported, but the total damage is estimated at $300,000.

"As with any incident of this nature, LTC will be undertaking an internal investigation in an effort to determine the sequence of events and address any policies or procedures that may need to be amended going forward. At this time, we can confirm that there was minimal damage to the first bus involved in the incident, and the second bus is currently being assessed. The damage to the doors at the facility is estimated at under $10,000," said Paleczny.

"We are grateful that there were no reported injuries associated with this incident and continue to work in cooperation with London Police as they conduct their investigation," she added.